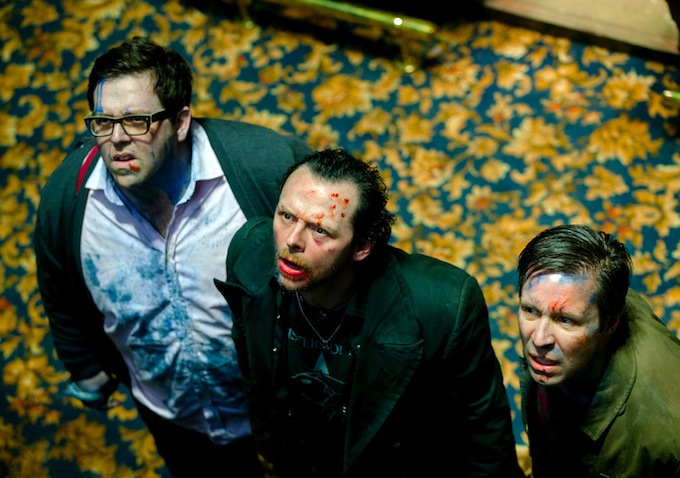 From the early days of Channel 4’s Spaced to his most recently released feature, Scott Pilgrim (that highly recommended purchase can be made here), Edgar Wright consistently proves to have as good an ear as he does an eye. Needless to say, there’s been curiosity about the assortment of songs which will end up in his Cornetto closer, The World’s End — and, with a U.K. release only nine days away, yours truly is happy to report that its soundtrack is ready for a listen. Looking over the selection, it’s evident that Wright is playing the aural side of things a little more obscurely, with none of the selections — save for, maybe, The Doors‘ “Alabama Song” — holding the same familiarity as Queen‘s “You’re My Best Friend” or Adam Ant‘s “Goody Two Shoes.” Not that this is a complaint: a more esoteric rundown has its own distinct benefits, and, for fans, it’s hard not to anticipate how they’ll be incorporated into the drinking and destruction. As far as reminders of its impending release go, this is a nice item to land.

Thanks to ThePlaylist for providing the track list and BleedingCool for the Spotify playlist, while we filled in the songs not included there below the embed.

23. Here’s Where The Story Ends – The Sundays

Songs featured in the film, not on the soundtrack
Mark Summers – “Summer’s Magic”
MC Tunes vs. 808 State – “The Only Rhyme That Bites”
P.M. Dawn – “Set Adrift On Memory Bliss”

The World’s End opens in the U.K. on July 19, and will hit the U.S. on August 23. The soundtrack will arrive in the U.S. via ABKCO Records on August 20th.

What are your thoughts on this soundtrack, especially in comparison to Shaun and Fuzz?