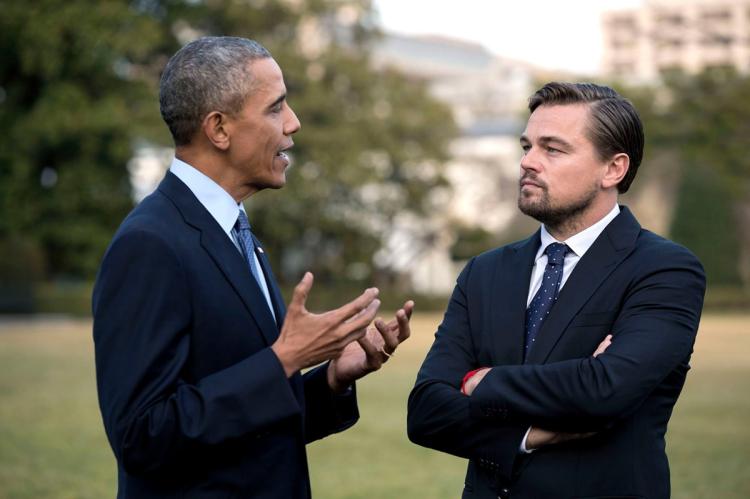 He has survived a bear attack, nearly got out of a sinking ocean liner unscathed, weathered an enormous amount of quaaludes, ventured deep into the dreams of others, endured years of his life without having an Oscar on his mantle, but for his latest feature, Leonardo DiCaprio is facing his biggest challenge yet: attempting to save the world.

His new documentary Before the Flood, which premiered at TIFF, follows his globe-spanning journey as an environmental activist while he brights light to the various harmful issues surrounding our Earth. With producing help from Martin Scorsese, a score by Trent Reznor and Atticus Ross, and direction from Fisher Stevens, it certainly has all the elements to draw attention, so hopefully it can move the needle.

Ahead of a theatrical release next month, and premiere on National Geographic, check out the trailer and poster below.

From Academy Award®-winning filmmaker Fisher Stevens and Academy Award-winning actor, environmental activist and U.N. Messenger of Peace Leonardo DiCaprio, Before the Flood presents a riveting account of the dramatic changes now occurring around the world due to climate change, as well as the actions we as individuals and as a society can take to prevent catastrophic disruption of life on our planet. The film follows DiCaprio as he travels to five continents and the Arctic speaking to scientists, world leaders, activists and local residents to gain a deeper understanding of this complex issue and investigate concrete solutions to the most pressing environmental challenge of our time.

Before the Flood hits theaters in NY and LA on October 21st and then airs on National Geographic on October 30th.