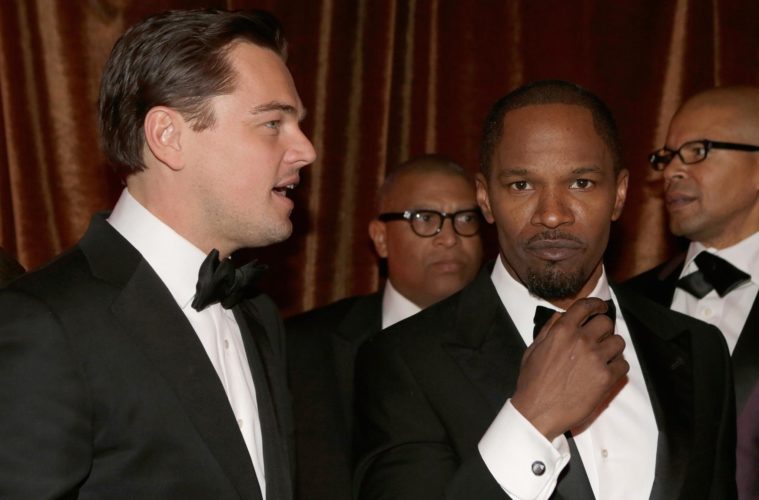 Their verbal sparring made for some of the most electrifying moments in film last year, so it’s only natural that Hollywood is attempting to catch that magic once more. Just six months after the release of Django Unchained, it’s been reported that Jamie Foxx and Leonardo DiCaprio are to suit up for Mean Business on North Ganson Street, a detective drama which Warner Bros. have made a priority with the latter actor’s company, Appian Way.  [TheWrap]

No director is attached, but they’ve got the source pinned down: Mean Business adapts an eponymous, forthcoming novel by Craig Zahler (Park Chan-wook‘s upcoming Brigands), who himself has been tasked with scripting duties. In his original text — sure to be transposed with the same basic outline — a detective (DiCaprio) with little credibility left to his name is demoted to Victory, Missouri, a rundown town with untenable crime rates. Once on the force, he’s put to work with another troubled hothead (Foxx), the two finding their calling when a number of Victory’s police force is being killed off. Naturally, someone has to pay.

Merely a synopsis and two leads is slight, though at first blush the ingredients of Mean Business are nevertheless an appealing batch. With any luck, a fine directorial fit is being sought out at this very moment; some title shortening is sure to be the first order of business, however.

Does this sound like an appealing reunion of stars? What did you make of their work together in Django?