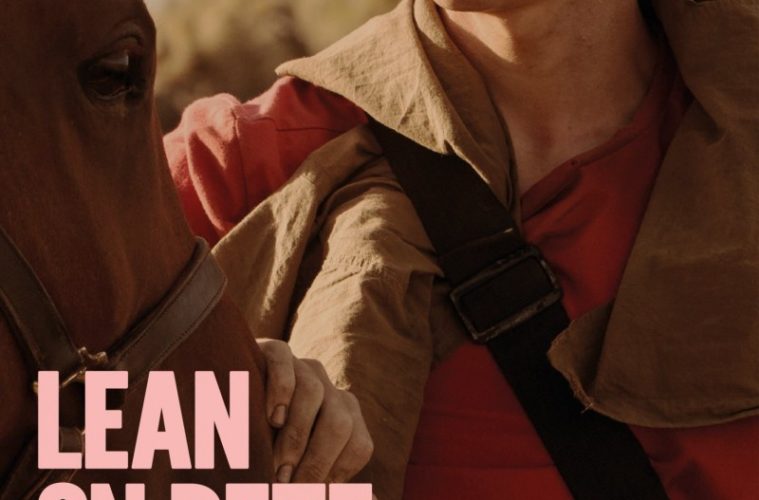 Leaving one’s comfort zone is seldom easy. When it comes to the world of filmmaking it’s a fact that might apply to directors more than others in the business. Credit should always be given to those brave (or maybe foolhardy) enough to do so. This is especially true when considering location, more so when it comes to somewhere like the United States, a difficulty even further magnified comes to that nation’s countryside. Indeed, for every Paris, Texas there is at least one This Must Be The Place. Andrew Haigh, whose films to this point have been drenched in the authenticity of his British midlands locales, might have fallen victim to this particular juju and gotten tipsy on all that rural iconography. Indeed, large portions of his latest film, Lean on Pete, while exquisitely photographed, are devoted to admiring those stunning vistas, but you might be left wondering what happened to the plot.

Adapted from Willy Vlautin’s 2010 novel, Lean on Pete begins and ends with a young man running, somewhat existentially, like Antoine Doinel did in The 400 Blows. However, it’s a film of walking, and lots of it. His name is Charley Thompson (Charlie Plummer, a stand-out in King Jack), a 15-year-old boy who, having never known his mother, lives cordially if frugally with a man named Ray (Travis Fimmel) in a small town in Oregon. They strike one first as brothers but Ray is in fact his father, an age proximity that might shed some light on the reasons for his mother’s leaving.

He drums up a friendship with a dyspeptic racehorse trainer named Del (Steve Buscemi, who shared some scenes with Plummer during their time together on Boardwalk Empire). Charley soon takes a liking to one of the horses Del trains, but we quickly learn that this particular horse’s days might be numbered. The fact that the film (and the novel upon which it is based) takes its name from that very horse suggests that Charley’s bond with him will be central to the story, and they certainly keep each other company for a great deal of it. Yet that bond is never quite earned as Haigh rushes things at a point which the film least needs it. Indeed, Charley begins to act as if Pete’s his very own Seabiscuit, but it’s difficult to know exactly why.

We start to think that Del and Charley’s bond will be the heart of the film, but when Ray dies suddenly early on, thanks to a botched x-ray, Charley doesn’t look for Del but instead steals Pete and hits the road to find his dad’s estranged sister. Charley refers to her as Aunty so we can expect they’re still close. However, we’re left to wonder will Charley survive this ordeal and, even if he does, will he find what he is looking for? This is the central drama of Haigh’s film, but it’s regretfully low on that particular commodity.

Working from Vlautin’s text, this marks the first time in a Haigh film that the director has not used his own original script. It also marks a departure from the strict time frames of both 45 years (a story that unfolded over a week) and Weekend (self-explanatory). Such diversions are not necessarily bad, of course, but they might go some way to explaining the amount of slack between the story’s more significant moments. Plummer does a fine job but it’s a film that asks just a little too much of him. Buscemi, Fimmel, Steve Zahn (playing a downbeat), and Chloë Sevigny (appearing as a jockey named Bonnie) each offer the young man fully-formed characters to play off but he struggles when left alone, often shot wandering the desert offering expositional monologues to his disinterested four-legged friend.

Charley’s situation is desperate, and that desperation does explain his abduction of Pete to some degree, but one might be left wondering how the horse feels about all this. In a year when Chloé Zhao premiered The Rider (an unfair comparison, perhaps, but significant when considering the care that director took to dignify the animals and solidify their bonds with their respective humans) it is tricky to understand the mistreatment. Pete’s head might have been on the chopping block already, but is this fate any better? Few reasons are given. Lean on Pete is certainly not a film without qualities (credit to the supporting cast and Magnus Nordenhof Jønck’s cinematography in particular), but viewers might just feel the gnawing sense of a director losing his grip on the reins.

Lean on Pete premiered at Venice Film Festival and will be released by A24 on April 6, 2018.