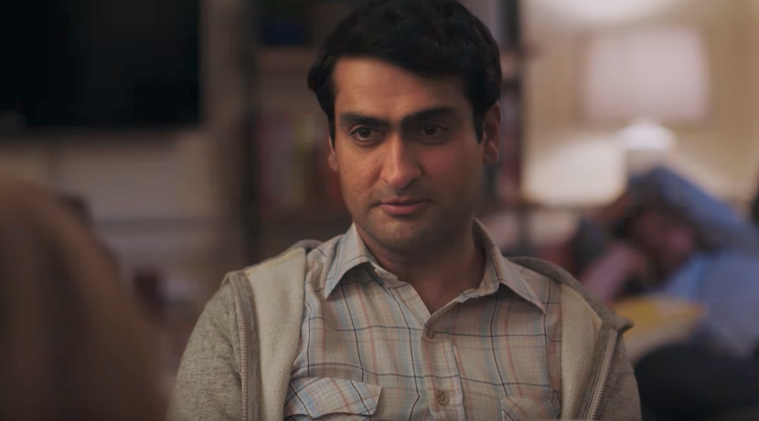 The Big Sick went over big at Sundance, where many critics praised it as a genuinely emotional twist on standard romantic comedy cliches. In our review, we said, “In every conceivable way is this film a crowd-pleaser, pushing you to laugh and laugh until you cry.”

Produced by Judd Apatow, directed by Stella and Wet Hot American Summer alumnus Michael Showalter and written by Emily V. Gordon and Kumail Nanjiani, The Big Sick is based on the real-life relationship between Nanjiani and Gordon, with Nanjiani playing a version of himself while Zoe Kazan stands in for Gordon. The couple go from a one-night stand into something more serious, to the chagrin of Kumail’s traditional Muslim parents. Things are complicated further when Emily is stricken with a mysterious illness, forcing Kumail to deal with the medical crisis alongside Emily’s parents, played by Holly Hunter and Ray Romano.

When it came to adapting real events from their own lives, Gordon said, “For us it was obviously a very personal story, so I think we kind of took some time with it and then eventually realized that this might be a good story to tell…Even though it’s a very specific story, it deals with a lot of things that I think a lot of couples deal with. And it’s also just so ridiculous that you can’t make it up. I think those are the best stories to tell are the ones that feel so ridiculous that you can’t make them up.”

The first trailer for The Big Sick arrived today and you can watch it below.

Based on the real-life courtship between Kumail Nanjiani and Emily V. Gordon, THE BIG SICK tells the story of Pakistan-born aspiring comedian Kumail (Nanjiani), who connects with grad student Emily (Kazan) after one of his standup sets. However, what they thought would be just a one-night stand blossoms into the real thing, which complicates the life that is expected of Kumail by his traditional Muslim parents. When Emily is beset with a mystery illness, it forces Kumail to navigate the medical crisis with her parents, Beth and Terry (Holly Hunter and Ray Romano) who he’s never met, while dealing with the emotional tug-of-war between his family and his heart. THE BIG SICK is directed by Michael Showalter (HELLO MY NAME IS DORIS) and producer by Judd Apatow (TRAINWRECK, THIS IS 40) and Barry Mendel (TRAINWRECK, THE ROYAL TENENBAUMS).

The Big Sick will arrive on June 23.