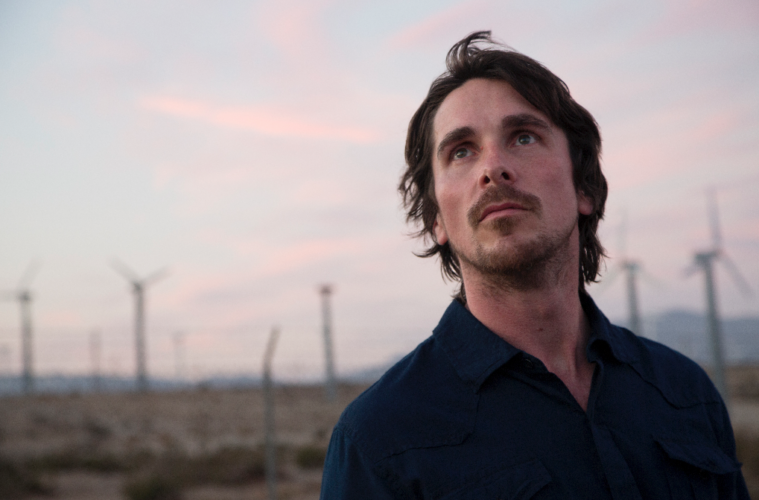 Being that Terrence Malick isn’t necessarily available for the career-spanning interview — or even a soundbite — the next best thing for learning more about his creative process comes from those that work closest with him in development: the producers. Before his Christian Bale-led drama Knight of Cups enters a limited release this Friday, I had the chance to speak with Sarah Green, Nicolas Gonda, and Ken Kao

While Green has worked with Malick since 2005’s The New World and Gonda came onboard with The Tree of Life, Knight of Cups marks the first collaboration with Kao, who has also executive-produced this year’s The Nice Guys and Silence. It was a delight to discuss their first experiences seeing a film from Malick, his creative process, what’s in store for the upcoming, Austin-set Weightless, witnessing the collaboration between Malick, Emmanuel Lubezki, and Jack Fisk, and more. Check out the full conversation below.

The Film Stage: I wanted to start early in your relationship with Terrence Malick. What was your first experience seeing one of his films and how did it affect you?

Sarah Green: Sure. I remember the night I was visiting a friend in New Orleans during Mardi Gras, and I think it was 3 in the morning, and I’m home and I was unable to sleep and Badlands came on the television. Then the world changed. [Laughs] It was a phenomenal experience, and then of course I saw Days of Heaven the moment it was out. Then there was this long dearth of Terrence Malick films. I seriously considered at the time finding him and writing to him and saying, “What can I do to help you make another movie? We need more of your movies in the world.” So years later, when we got to work together, that was pretty thrilling.

Nicolas Gonda: Yeah, for me, actually, the elementary school I went to, there was a teacher there who actually when to school at Harvard the same time that Terry went, so he was always just a fan of his films. So it was probably in 7th grade in an extracurricular class, Film and Video at Oakwood, they played Days of Heaven and it was like the same feeling as listening to Led Zeppelin for the first time. Especially at that age, it was feelings I never even knew existed, let alone experienced. Yeah, it was definitely a wake-up call as to what the language of film is capable of.

Ken Kao: I was actually a young boy, growing up in Kansas City with strict parents. I used to secretly rent VHS tapes and watch them in my basement. Badlands was one of the films. Superficially, it seemed like it was Bonnie & Clyde, or something in that vein, but, as we all know, I think that film offers so much more. It was one of those seminal moments for sure that I knew that I had a different perception or understanding of and that, one day, I wanted to hopefully work with him.

When you first hear about one of his projects to potentially produce and there’s no script yet, is it a logline or something even more basic?

Green: Sure. It really starts with conversations. He’s somebody who works things in his mind for a long time and, at a certain point, he’s ready to bring them up to us. He’ll start by just saying, “I’m thinking about this.” It becomes an ongoing conversation while we’re working on other things. We’ll watch the development of the idea as he’s ready to talk about it and then we’re able to think, “That’ll be interesting. What does that mean? What will we need to support that?” So it starts in conversation and then, eventually, because we have to be responsible to our investors, we’ll ask him for something on paper so we can be really clear with him on what the story is, who each character is, and what he’s going to say, even if it’s not a traditional script. It’s a very, very specific treatment with a lot of details that we work from.

There as an interview posted today with Thomas Lennon, where he talked about when he first got on set he was “unbelievably distressed” for the first few hours and then he ended up saying it was “the single most fun day I’ve ever had on a movie set ever.” As producers, do you talk with the actors about what to expect or is that something Terry handles?

Gonda: It’s a combination. Terry is front and center with the actors way before we start shooting and obviously throughout. We’re there to be supportive and make sure everybody is comfortable. We are there to react if they have any needs or there are any questions, but really Terry is very deep in terms of all the different communications to prepare and then ultimately execute that performance.

Nicholas, there was a recent interview where you said his upcoming, Austin-set film feels “like a shot of adrenaline.” After seeing Knight of Cups, it sounds like it could even push his stream-of-consciousness approach further. What’s it like seeing his evolution as a filmmaker over the last few years and being a part of it?

Gonda: Yeah, it was something Ken mentioned earlier today that resonated with me, and, I think, for all of us. We’re working with somebody in Terry Malick that is constantly challenging himself to redefine himself and his process. I think that’s what attracts so many great people, whether on the cast side or crew side, to sign up to work with him. You know you are going to be challenged to work your hardest and to work in new ways. And then, as we see in his films, to be part of unique results. So that’s a big part of that for me.

Kao: Also, I’m not sure I understand your question, but if you’re comparing Knight of Cups to our upcoming film, you’re correct in saying that it is going to be different and it’s going to be — it’s probably not the right word to say — evolved, but it will be a different film. Knight of Cups is more of a stream-of-consciousness type of film, where I think that our upcoming film is very much ingrained in the zeitgeist. It’s going to be very edgy. [It’s] not a musical, but a film grounded in the Austin music scene.

Talking about the main party scene in Knight of Cups, from a producers’ standpoint, what kind of planning goes into that?

Green: Like any scene with a lot of people in it, that stuff is all planned out. There’s actors that Terry asked, there’s actors that our casting director asked — some of them are people that we know — then there are a lot of extras. We just have them in teams and there’s plenty of costume people to help make sure they all look good — hair and make-up folks. I think we took maybe three or four days, maybe, overall, because it’s actually in two different locations. We had a lot of scenarios we wanted to cover, so we gave ourselves time.

Lastly, can you talk about the trio of Malick, Lubezki, and Fisk, and how you see their collaboration play out on set?

Gonda: Yeah, obviously they are different relationships and, together, they form such an incredible team. Terry and Jack have known each other for over thirty years and have worked since Badlands. Chivo joined on The New World, and I think that, from my standpoint, what connects each of them is that we’re talking about three masters who approach every day as students of their craft. They are constantly seeking to learn more and to approach every day with real humility, knowing that there’s a certain amount that their hands and minds are capable of, then so much more that they are able to harness as a result of working the way they do — with the appreciation of nature, with the appreciation of the actors and the ideas they bring. So I think it’s really rooted in such incredible skill and then such an enormous amount of humility. On top of all that, there’s an incredible sense of humor, because when the three of them are around each other, no matter what the scene is, there’s always an enormous amount of laughter and levity.

Knight of Cups opens in limited release on March 4th and expands on March 11th.