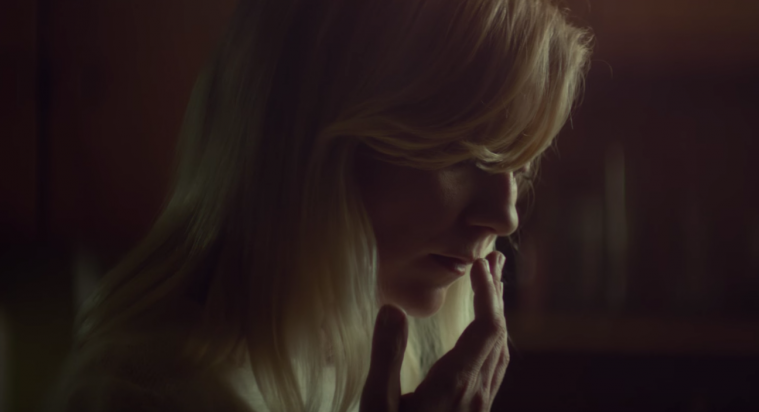 As Tom Ford has proven, major players in the world of fashion design can yield great results in the medium of cinema. The latest to test this theory are Kate Mulleavy and Laura Mulleavy, founders of the label Rodarte. Their debut film, backed by A24, is Woodshock and the first trailer has arrived today.

Starring Kirsten Dunst, Joe Cole, and Pilou Asbæk, it looks to be a gorgeously-rendered drama which borders on the experimental as the trailer shows a variety of dream-like shots. The story follows Dunst’s character as she recovers from a loss and we experience her fractured reality as she copes with drugs. In what looks to be a visually stunning fall surprise, check out the trailer and poster below.

The exquisite feature film debut of visionary fashion designers Kate and Laura Mulleavy (Rodarte), Woodshock is a hypnotic exploration of isolation, paranoia, and grief that exists in a dream-world all its own. Kirsten Dunst stars as Theresa, a haunted young woman spiraling in the wake of profound loss, torn between her fractured emotional state and the reality-altering effects of a potent cannabinoid drug. Immersive, spellbinding, and sublime, Woodshock transcends genre to become a singularly thrilling cinematic experience that marks the arrival of the Mulleavy siblings as a major new voice in film.