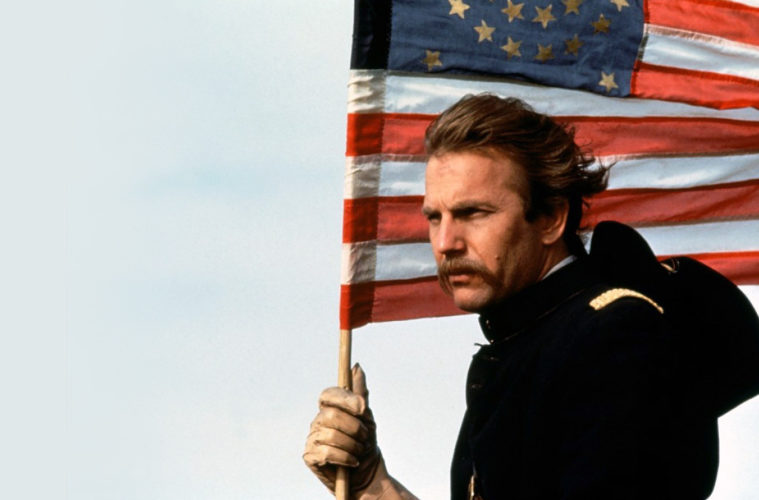 It’s been over a decade since Kevin Costner delivered his last directorial effort, the well-crafted western Open Range, and now it looks like he may return to the genre, three times over. Returning in a prolific way as of late, with Man of Steel, 3 Days to Kill, Jack Ryan: Shadow Recruit, and the upcoming Draft Day, he sat down with Collider at CinemaCon to discuss plans for his return behind the camera.

Thanks to a transcription by The Dissolve (seen below) we learn that ideas for a western trilogy are brewing in the mind of Costner, who would direct them all simultaneously and then release them on three different holidays over the span of a year (Memorial Day, Thanksgiving, and Fourth of the July). He didn’t provide any details on what the story would contain, but with the genre sorely lacking in Hollywood nowadays (even if the Coens and Seth MacFarlane both occupy it), we’d certainly be interested, so check back for details as they arrive.

“I’ve got this Western that I think I could make. I actually have this idea to make them all at once and release one on Memorial Day, one on Thanksgiving, and then one on the Fourth of July, all within a 12 month span, because it’s all the same story but it truly is a journey, with a fourth movie coming right after. Will I be able to do that? I don’t know. But that’s what I think about, that’s what I try to do. And people go, ‘Oh that’s really interesting, Kevin. We don’t think we can do that.’ And I’m thinking ‘Man, that’s a really good idea.’ I thought that was a true ongoing series, or sequel if you will, that actually was an honest one. A second one wasn’t invented because the first one made a little money.”

Would you be interested in a trilogy of this magnitude?