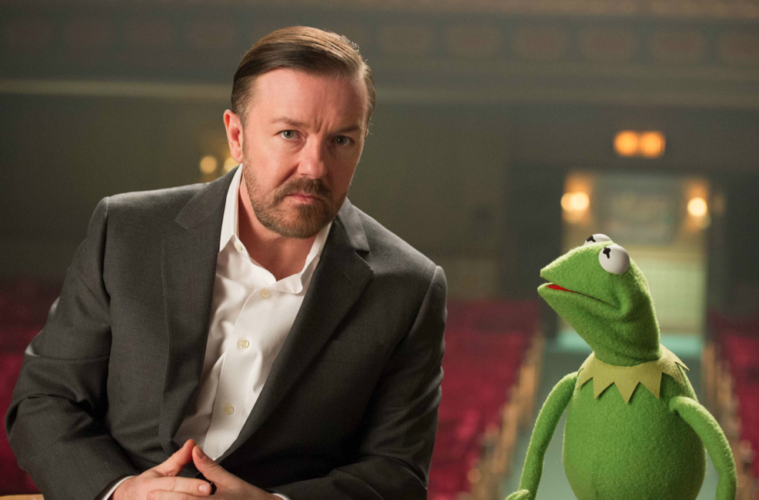 After an all-too-brief teaser trailer for Disney’s follow-up to 2011’s The Muppets, the studio has finally revealed a full-length trailer for the spring release. Directed by James Bobin (Flight of the Conchords), Muppets Most Wanted finds our furry friends on a journey across Europe as Kermit the Frog attempts to retrieve his stolen identity.

Featuring Ricky Gervais, Ty Burrell and Tina Fey as our main human characters, this tease unfortunately spoils a handful of cameos, but there’s bound to be a great deal more in the final product. While I was mixed on the most recent entry into the franchise, this preview packs some worthy laughs, so hopefully the feature itself will step it up. Check it out below thanks to Yahoo, along with an additional international trailer with different footage.

Disney’s “Muppets Most Wanted” takes the entire Muppets gang on a global tour, selling out grand theaters in some of Europe’s most exciting destinations, including Berlin, Madrid and London. But mayhem follows the Muppets overseas, as they find themselves unwittingly entangled in an international crime caper headed by Constantine—the World’s Number One Criminal and a dead ringer for Kermit—and his dastardly sidekick Dominic, aka Number Two, portrayed by Ricky Gervais.