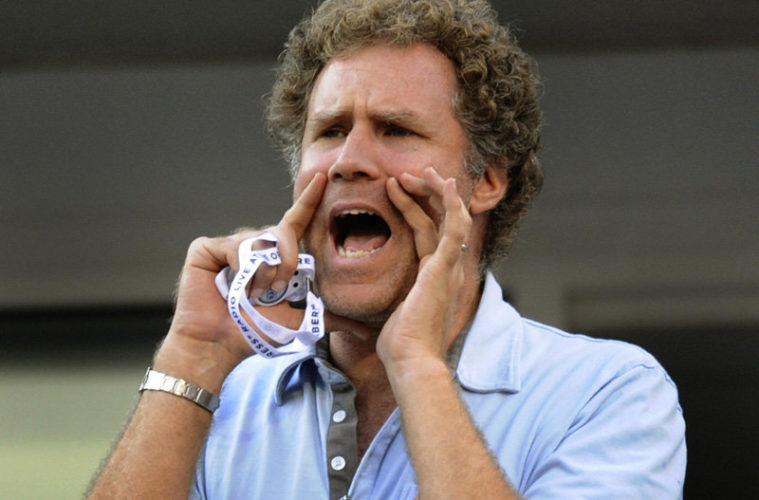 Whether it’s Semi-Pro, Talladega Nights, Kicking and Screaming or Blades of Glory, Will Ferrell seems to have a preference for sports-themed movies and now he’s looking to get serious with one. According to Variety, he’s set to lead a project, titled Match Maker, on the story of the tennis rivalry between Billie Jean King and Bobby Riggs in the ’70’s aka The Battle of the Sexes. While Danny Boyle is reportedly also looking to bring it to screens, this is a different version, with Steve Conrad (The Secret Life of Walter Mitty) adapting an ESPN article (which can be read here). There’s no word yet on who’ll direct, but check back for news when it comes in.

Next up, some more dinosaur food has been found as Universal has added three names to the cast of Jurassic World. With Bryce Dallas Howard previously the only confirmed female in the ensemble, THR reports that Judy Greer (Arrested Development), Katie McGrath (Dracula) and Lauren Lapkus (Orange is the New Black) have all been added in unknown roles, joining Chris Pratt, Nick Robinson, Ty Simpkins, Jake Johnson, Irrfan Khan, Vincent D’Onofrio and BD Wong. Colin Trevorrow will be kicking production off shortly in Hawaii for a June 2015 release.

Next up, The Woman In Gold, which already has Helen Mirren and Daniel Brühl set to lead has an additional casting announcement. Deadline reports that Ryan Reynolds will replace Andrew Garfield in the story, which follows Maria Altmann, who, while in her 80’s, attempts to track down five paintings looted by the Nazis. The most famous of the pieces is Gustav Klimt’s The Lady In Gold, Portrait Of Adele Bloch-Bauer I, which she (spoilers!) finally received, along with the others, in 2006. Reynolds will play her lawyer Randol Schoenberg who goes up against the Austrian government in The Weinstein Company project that will kick off this summer, under the direction of Simon Curtis (My Week With Marilyn).

Lastly, and most certainly least, the inevitable disaster known as Teenage Mutant Ninja Turtles is switching up its voice cast ahead of a release this summer. Deadline reports that Johnny Knoxville will now voice the role of Leonardo, which was played by Pete Ploszek during production. Meanwhile, Tony Shalhoub will take on the voice of Splinter, which was originally played by Danny Woodburn. We imagine a few more voices will change for the Jonathan Liebesman-directed, Michael Bay-produced project that’s currently undergoing reshoots ahead of an August release.