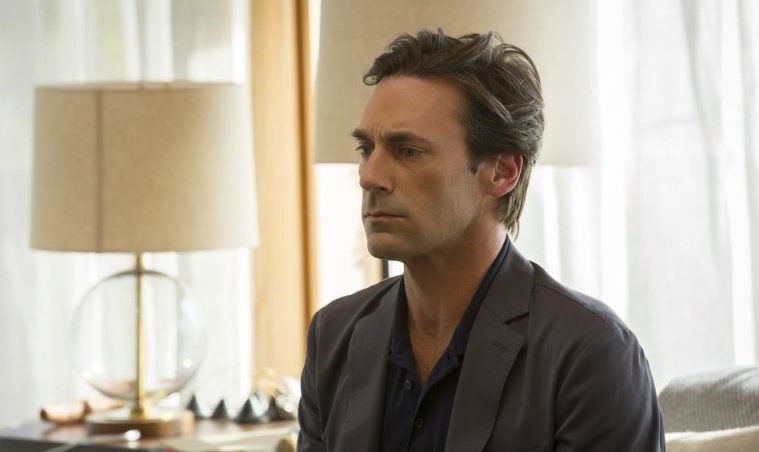 Director Michael Almereyda’s follow-up to his acclaimed 2015 film Experimenter is twofold: his documentary on Hampton Fancher, Escapes, opens today at the IFC Center, and his latest fiction feature entitled Marjorie Prime, which premiered at this year’s Sundance Film Festival and received the Alfred P. Sloan Prize, is set to open on August 18.

An adaptation of Jordan Harrison’s 2014 play, the science-fiction drama concerns the eponymous Marjorie (Lois Smith) who uses hologram technology to recreate her late husband (Jon Hamm). The result appears to be a contemplative gaze upon memory and mortality, bolstered by the presence of Marjorie’s daughter and son-in-law (Geena Davis and Tim Robbins, respectively), which you can get a taste of in a new trailer.

“Played out in a calm, low-key manner, Marjorie Prime can be most compelling in the ways it prompts contemplation about one’s own life experience,” we said in our review. “Reminiscent of a Rorschach test, one can find themselves drifting out of the near-constant dialogue to ponder how they remember their life and which memories they perhaps subconsciously retain.”

Eighty-six-year-old Marjorie spends her final, ailing days with a computerized version of her deceased husband. With the intent to recount their life together, Marjorie’s “Prime” relies on the information from her and her kin to develop a more complex understanding of his history. As their interactions deepen, the family begins to develop ever diverging recounts of their lives, drawn into the chance to reconstruct the often painful past.

Built around exceptional performances from a veteran cast, Marjorie Prime shines a light on an often-obscured corner in the world of artificial intelligence and its interactions with mortality. Bringing us robustly into the future, Michael Almaryeda’s poetic film forces us to face the question—If we had the opportunity, how would we choose to rebuild the past, and what would we decide to forget?