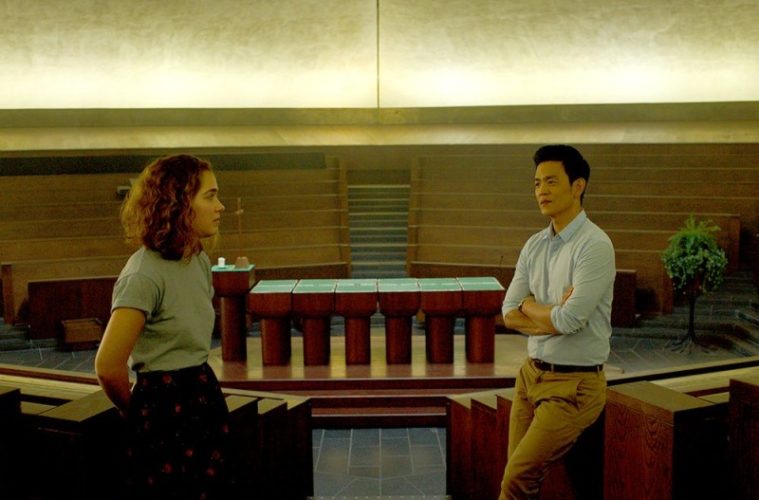 Film is certainly not dead! The box office may be down due to a steady diet of crap fed by the studio system, but even if Baywatch (the whipping boy for this year’s domestic box office) had been decent, would we have remembered it months later? Hollywood did churn out some good films–the best of which were considered crowd pleasers with a charm all their own; films like Coco and Girls Trip offered big laughs with a lot of heart. Those that took risks, notably Get Out, also found themselves rewarded while too much risk (mother!) proved to turn off casual moviegoers, even if they offered pleasure for those resisting a literal reading of what was on screen.

At the art house (and those multiplexes that offer a screen or two to quality films), it was a virtual embarrassment of cinematic riches, with no shortage of stimulating conversation starters and stellar offerings from late-career filmmakers like Agnès Varda, Fredrick Wiseman, and Terrence Mallick, mid-career masters like Paul Thomas Anderson, and exciting work from potential future masters Ruben Östlund, the Safdie brothers, Bill Morrison, and kogonada. Here’s to 2018; I have a feeling it’s going to be an exciting year for filmmakers that continue to explore what the hell is actually happening at this moment in our history.

Honorable Mentions: Abundant Acreage Available, mother!, The Florida Project, Tony Conrad: Completely in the Present, The Lost City of Z, Girls Trip, Obit, Jeremiah Tower: The Last Magnificent, Tom of Finland, Detroit, Call Me by Your Name, Lady Bird, The Other Side Of Hope, Faces Places, and A Ghost Story

Tender and haunting, So Yong Kim’s Lovesong is a carefully observed, nuanced character study beautifully written, directed, and edited. Like in her previous features In Between Days, Treeless Mountain, and For Ellen, much of the action occurs at the edge of the frame. Exploring the bounds of motherhood, childhood, and maturity, Lovesong is an impressive and observant feature in which Kim allows the relationships the breathing room they require for authenticity.

Pixar’s best film in years, Lee Unkrich and Adrian Molina’s Coco does what the studio does best: create rich, human stories with a range of deep emotions and textures. The vibrant story centers on a 12-year old Miguel, a rebellious musical from a family of shoemakers who have forbidden him from playing rock ‘n’ roll. Idolizing music legend and matinee idol Ernesto de la Cruz, he finds himself on the other side of the Day of the Dead in a film about culture, legacy, honor and remembrance. Operating in a similar mode to another film about love and loss, A Ghost Story, Coco is just as rich and striking a deep emotional cord as Miguel traverses time to unpack a forgotten family history. The vibrant land of the dead is matched in the realm of the living with uncanny detail and emotional accuracy, lovely music, and engaging plots and subplots. Its glorious visuals are perfectly matched with first-rate storytelling.

A frantic throwback to crime thrillers of a previous generation, Good Time is a gripping, edge-of-your-seat neon-lit thriller from New York-based auteurs Josh and Benny Safdie, who cut their teeth on digital video making no-budget rough-and-ready character dramas like The Pleasure of Being Robbed. They’ve scaled up, working with established talent like Robert Pattinson without losing their edge.

Set in contemporary Austin, Texas, Malick’s sexy and tender experimental film offers a tone poem through the psychological landscape of celebrity, regret, wealth, and love. Like all of Malick’s films, this offers a space of meditation. Those seeking straight-forward plot and drama ought to look elsewhere. It’s here, but you’ll be doing the heavy lifting to rationalize it in Emmanuel Lubezki’s frantic and gorgeous cinematography.

Whose Streets? is a vital work of journalism explaining with both immediacy and consideration the origin of Black Lives Matter and the Ferguson uprising. Taking time to get the story right without jumping to conclusions, directors Sabaah Folayan and Damon Davis combine first-rate storytelling and citizen journalism providing a ground-up look at those often denied agency or dismissed as troublemakers.

Another masterful, comprehensive fly-on-the-wall documentary from the Frederick Wiseman, who turns his camera on the New York Public Library from its elegant main branch to one-room satellites in public housing. Capturing the institution, from celebrity talks and performances to boardroom intrigue as the library debates how it can serve all constituents, Wiseman again takes us behind the scenes documenting passionate public servants at work.

An evocative, dream-like architecture study wrapped in a character study, Columbus is a masterful drama and the best feature debut of the year. Set in Columbus, Indiana, a small city known for its rare public art and architecture, it also faces many of the issues small town America faces from poverty to the drug epidemic. John Cho plays a Korean-born American translator of literature who finds an unexpected connection with a young librarian played by Haley Lu Richardson, in one of 2017’s greatest onscreen friendships.

Paul Thomas Anderson’s career has always towed the line between two extremes: playful (Inherent Vice, Punch-Drunk Love), dark (The Master, There Will Be Blood), and in between (Hard Eight, Boogie Nights, Magnolia). He does it all like no else can in Phantom Thread, an elegantly perverse and simultaneously moving love story about creative genus. Written and directed by Anderson from an original screenplay, the film’s gorgeous design is matched by masterful performances by Daniel Day-Lewis (in his alleged final role), Lesley Manville and Vicky Krieps.

Frozen Time is an evocative documentary exploring the history of Dawson City, a remote gold rush town in the Yukon, through 533 rare silent film prints unearthed under a demolished recreation center which housed one of the town’s movie theaters. The remote north was a film print’s last stop and many of these were believed to be lost prints, including footage of the 1919 World Series. They are lovingly reconstructed and screened for the first time in decades. Dawson City: Frozen Time is a rare find and is not only essential viewing for those interested in the history of cinema, but those interested in first-rate documentary filmmaking. Combining interviews, historic footage, and journals, Bill Morrison vividly crafts a remarkable portrait of a sleepy historic town that once was a bustling, albeit temporary 24-hour city.

One of the year’s funniest films, Ruben Östlund’s The Square is a rare treat: a razor-sharp satire taking direct aim at populism, globalization, the art world, masculinity, experience, inexperience, race, high society, low society, and power dynamics. The film’s most famous scene–in which an ape-like performance artist turns on the museum’s high class donors–is worth the price of admission alone, but only scratches the surface of this ambitious and soon-to-be infamous comedy that reflects the populist outrage it cooks up amongst the elites it take dead aim at. Claes Bang stars as Christian, the lead curator of a cutting-edge modern art museum in Stockholm whose world suddenly gets turned upside down by both a missing smartphone and wallet and the opening of a ew exhibit whose central thesis is built on trust and individual rights. Östlund thrusts his lead into one absurd situation after another in a desperate act of self preservation after acting out – from idle threats to one-night stands to poor marketing decisions. The Square may very well be what we use to explain to our kids how our new era of drive-it-like-you-stole-it populism came about.