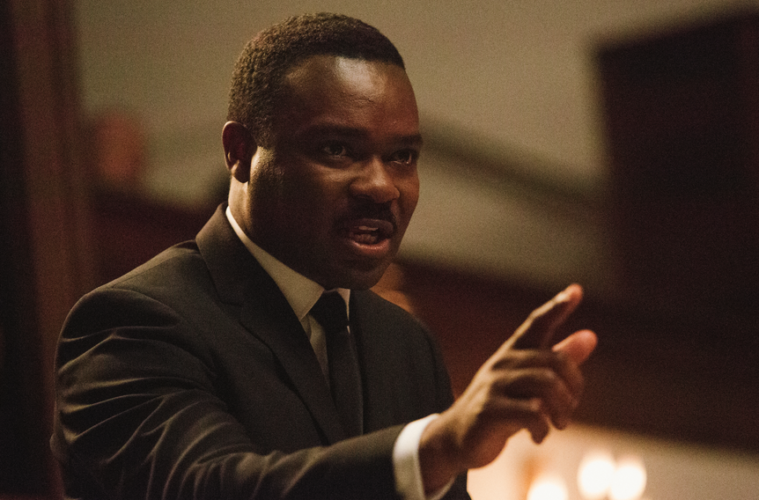 While I certainly won’t evoke Chicken Little, and while the box office was down this year, the sky is not totally falling cinematically. But if we’re speaking frankly, 2014 produced far fewer masterpieces than in previous years. I’m not exactly sure what it is; perhaps blame it on the fact I’m a year older and thus crankier. But, as far as cinematic years go, I saw many good films, fewer excellent ones. The standout, a recurring headliner on these year-end lists, is without a doubt Richard Linklater’s Boyhood, a new American classic, the kind of film that comes around once every five years, and one that my admiration has only grown for upon a second viewing. It, like the other excellent pictures gracing my list, make a space for us to live within the frame. This is no truer for Boyhood than it is for Ava DuVernay’s Selma, a gripping work of immediacy evoking contemporary civil rights issues currently playing out in American streets of Ferguson and Staten Island; the quiet, beautiful rhythms found in Nuri Bilge Ceylan’s Winter Sleep; and Mike Leigh’s fascinating Mr. Turner, with Timothy Spall giving the performance of the year.

2014 has produced several very good films, some I admit I have missed due to distribution quirks that are designed to separate the best of the bunch for a while until the major releases run their course. Others have languished between festival runs, while well-reviewed pictures came, went, and are waiting in limbo to be released and discovered. Besides those challenges, I remain convinced that some masterpieces are never seen, rejected by the gatekeepers and tastemakers, relegated perhaps to local and regional film festivals and uploaded by their creators to YouTube and Vimeo. Thinking about such things is akin to thinking if we are alone in the universe: it can keep you up at night.

In aiming to capture the development of French house music, Mia Hansen-Løve has crafted a brilliant, sweeping epic with the spirit of the New Wave. A psychological study of music creation, influenced by the globe-trotting lifestyle of Paul (Felix de Givry) through his ups and downs as he bounces between Paris and New York, Eden is richly textured, exciting filmmaking with excellent performances. The grossest gross-out comedy of the year, and one of the rare films I’ve seen that has truly shocked me. Adapted from Charlotte Roche’s novel by David Wnendt, Wetlands is one of the year’s best (and not be confused by a 2011 French-Canadian masterpiece of the same name), no subject is taboo in this picture including sex, hygiene, gender, and identity. Fronted by Carla Juri as Helen, a young women with chronic anal fissures and heroine who answers questions we might be afraid to ask without a filthy mind and an open heart. Love is a battlefield, and Wetlands is a coming-of-age story that’s opening credits alone I suspect would shock (and delight) John Waters.

A cold-blooded, powerful and moral thriller staring Guy Pearce and (a virtually unrecognizable) Robert Pattinson as men traversing an apocalyptic landscape in rural Australia. A bleak and compelling nightmare lensed by Natasha Braier, The Rover is a chillingly sparse picture, cementing David Michôd as a new master. Recalling PTA’s earlier work, Inherent Vice is a brilliant ensemble fronted by “Doc” (Joaquin Phoenix), a down-on-his-luck, unlicensed private detective on a mission and finding himself in over his head. A twisted plot, which need not be explained here (after all, isn’t it best to go in cold?), yields endless surprises and rewards along the way in a film that’s all about mood, atmosphere and attitude. Delightful, dark and twisted — vintage Paul Thomas Anderson to its core, recalling the lighter moments of Boogie Nights with several new twists. An essential movie for 2014. Laura Poitras is granted a privileged perspective, remaining mostly objective as she becomes a participant in history. Invited by “Citizenfour,” NSA whistleblower Edward Snowden, to Hong Kong where he debriefs with Guardian reporter Glenn Greenwald and others regarding the trove of documents chronicling domestic surveillance, Poitras completes here trilogy chronicling the US post-9/11. The result is a compelling and timely documentary attempting to add transparency, and with the assistance of crusaders such as William Binney, the film proves claustrophobic yet critical. Poitras, despite becoming a player in this saga, has crafted a remarkable, chilling picture, risking her freedom, security, and US citizenship to do so. Taking an often transparent approach by including email correspondence between all parties, Poitras exposes both the risks and the duties she and Greenwald have to their source, including the behind-the-scenes sausage-making as Snowden, both the man and his data, are crafted into a news package for the mainstream media. If 2014 is considered the “year of outrage,” the 2015 wide-release date for Selma arrives far too late. A visceral frontline examination of Martin Luther King Jr’s civil rights marches in Selma, met with extreme violence (including murder) as Alabama’s good ol’ boys fight to maintain status quo prior to President Johnson’s intervention and the passage of the Voter Rights Act. Undoubtedly this film will provoke conversations within a current context (one early moment seems eerily similar to Eric Garner’s final moments), and Ava DuVernay’s direction ads a sense of raw immediacy to Paul Webb’s script. It also presents King (David Oyelowo), George Wallace (Tim Roth), and Johnson (Tom Wilkinson) as complex, flawed men, each with their own motivations and ideals of justice.

A beautiful and haunting meditation on life, religion, duty, and honor set in central Anatolia — Aydin (Haluk Bilginer), a man of great creative energy who reluctantly manages his family’s assets with sister Necla (Demet Akbag), while playing a quasi-father figure to his young wife Nihal (Melisa Sozen). Filled with beautiful performances, Winter Sleep, running over three hours, takes its time, unfolding slowly and often in long takes. It’s not uncommon for a conversation to unfold at the pace it would in real life, not in movie-time. Liberated from artificial drama, the film essentially draws us in to a dysfunctional, flawed household as Aydin balances his duties, responsibilities, and ambitions as he enters his later years, as, like Nihal, he still has not found himself. Captivating from frame one, Winter Sleep is worth the commitment required to experience it. A biopic doesn’t quite describe Mike Leigh’s brilliant Mr. Turner , fronted by a career-best performance from Timothy Spall as legendary British painter J.M.W. Turner. Leigh’s first digitally shot film (from longtime collaborator Dick Pope), the haunting opening scene perfectly captures a landscape painting of a mid-career Turner. Leigh, known for his improvisational style, allows the viewer to enter this space as a fly on the wall, witnessing the quirks of Turner as embodied by Spall; the performance is fascinating recalling his work in Leigh’s Life Is Sweet. Establishing and breaking rhythms, like J.M.W. Turner, the film refuses to compromise. Engrossing and immersive, it’s both beautiful and occasionally challenging. A rather brilliant and exciting commentary on celebrity, youth culture, and movie-making, The Congress is also an essay on identity and persona wrapped in a sci-fi adventure. Robin Wright plays herself, an aging actress who agrees to give up her craft to sell her brand to a big studio, who scans her into a database. Some years later, when she’s invited to a futuristic congress, the film shifts modes from live action to hand-drawn animation. One of the year’s most ambitious films, The Congress is a visual and intellectual feat: entertaining and engrossing throughout, while also densely packed, it delivers on the ambition it presents in the first act, and then some. A revolutionary, ambitious masterpiece that frequently resists an episodic structure. A single film that, despite the 12-year duration of production, unfolds simply as life does: there are no transitions, the only clues as to what year we have being Linklater’s subtle soundtrack choices. Haunting in its details, Boyhood is very simply the story of Mason (Ellar Coltrane) living moment to moment, often moving through Texas with his mother (Patrica Arquette) who hasn’t quite figured things out and his occasionally bratty sister (Lorelei Linklater). Ethan Hawke beautifully plays the wayward father, himself in flux as he matures from musician to actuary. Often Mason does not understand the context of each moment, which is partly why I believe the film’s impact grows more profound upon subsequent viewings. A masterpiece in any year, Boyhood represents, above all, the very best in American independent filmmaking: strong storytelling often presenting conflict or danger as Mason experiments with drugs, drinking, sex, and, ultimately, heartbreak. Leaving him on the same ambiguous note it found him some 12 years and 165 minutes prior, Boyhood is a sublime, exhilarating, and emotional cinematic experience, and a new classic.