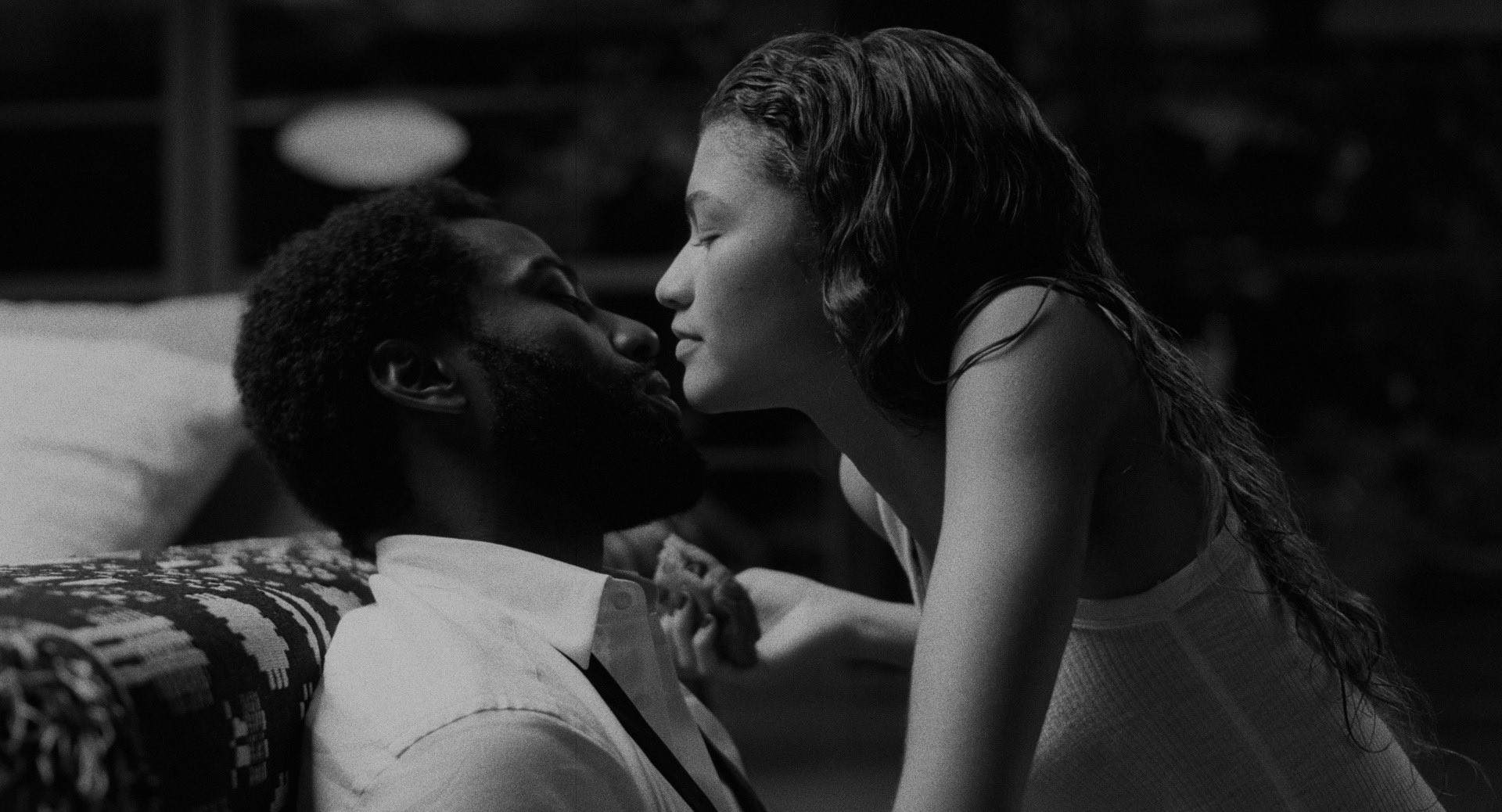 As major Hollywood productions rethink how they can safely resume shoots featuring massive crews and multiple locations, as one might expect, other filmmakers are adapting to the circumstances and developing smaller-scale projects that can move ahead with production. One of the first higher-profile films of this kind has now been announced.

Euphoria creator Sam Levinson has shot a new film titled Malcolm & Marie starring Zendaya and John David Washington, and one can see the first look above. Deadline reports production occurred from June 17 through last week in the single location of Caterpillar House in Carmel, California. Featuring extensive safety protocols and in compliance with WGA, DGA, and SAG-AFTRA approvals, it sets a benchmark for what the filmmaking approach may be for the near future.

While plot details aren’t being revealed quite yet, it’s said to have echoes of Marriage Story while also featuring currently relevant social themes. The idea for the project was hatched by Zendaya, who asked Levinson if he could write and direct a film as season 2 of Euphoria had been shut down.

Six days later, Levinson cracked the script and production plans began. These protocols consisted of multiple COVID-19 tests for all involved as well a two-week quarantine on location before any filming began, plus many more precautions. One can read more details here as we wait and see if post-production and distribution will move as swiftly as the production.