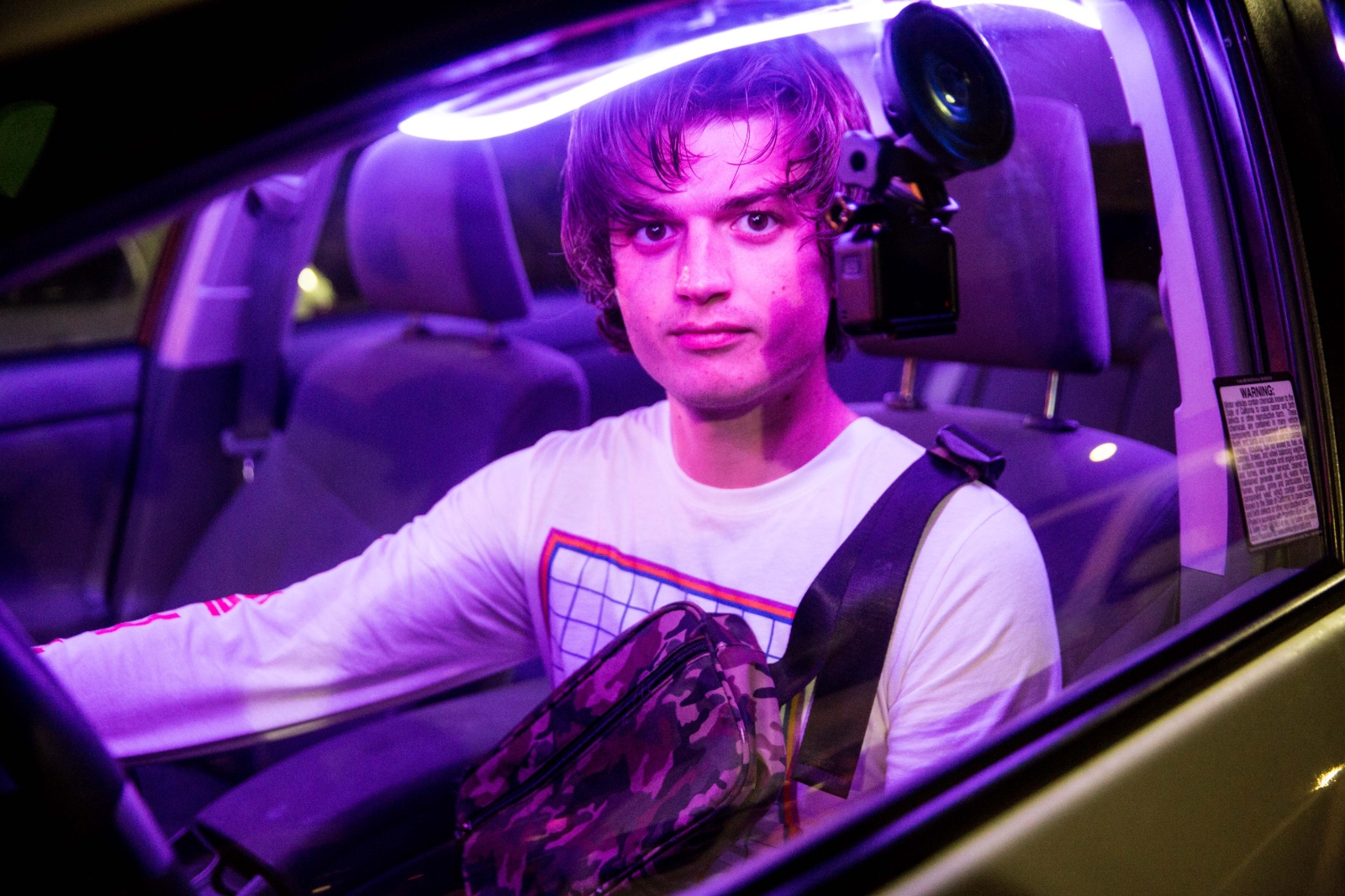 While there’s no new season of Stranger Things this summer, a selection of supporting stars from the ensemble are taking the lead in new features this year. Arriving this week is Yes, God, Yes, starring Natalia Dyer, and in a few weeks, the Joe Keery-led thriller Spree will be getting a release.

Directed by Eugene Kotlyarenko, it follows a social media-obsessed livestreamer who has quite a dark side, as seen in the first red band trailer. Our friend Nick Allen said in his Sundance review, “As Keery’s performance is progressively devilish but always recognizable, Spree brilliantly shows influencer culture for the totally demented lifestyle that it is. “

Meet Kurt (Joe Keery), a 23-year-old rideshare driver for Spree, who is so desperate for social media attention that he’ll stop at nothing to go viral. He comes up with a plan to livestream a rampage as a shortcut to infamy – coining his evil scheme “#thelesson”, he installs a set of cameras in his car and begins streaming his rides. Wildly miscalculating the popularity that would come from his lethal scheme, Kurt’s desperation grows as he tries to find a way to overcome the plan’s flaws. In the middle of all this madness, a stand-up comedian (Sasheer Zamata) with her own viral agenda crosses Kurt’s path and becomes the only hope to put a stop to his misguided carnage.

Spree opens digitally and in theaters on August 14.