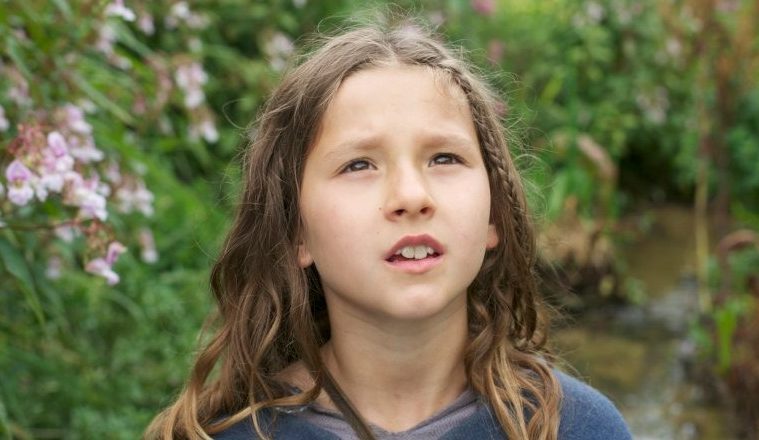 Following the success of Li’l Quinquin, Bruno Dumont returned to Cannes with his Juliette Binoche re-team Slack Bay, which just got a U.S. release last month, and now he’s coming back to the festival with quite an interesting project, to say the least. Jeannette: The Childhood of Joan of Arc, which will premiere in the Directors’ Fortnight section of Cannes, takes a look at the early days of France’s heroine, albeit in the form of a rock ‘n’ roll musical.

The first trailer has now arrived, which shows off Dumont’s singular vision, injecting some fun into the life of a figure who has always been captured in less perhaps strictly entertaining ways in cinema past. See the trailer below thanks to Indiewire for the film starring Lise Leplat Prudhomme, Jeanne Voisin, and Lucile Gauthier.

France, 1425. In the midst of the Hundred Years’ War, the young Jeannette, at the still tender age of 8, looks after her sheep in the small village of Domremy. One day, she tells her friend Hauviette how she cannot bear to see the suffering caused by the English. Madame Gervaise, a nun, tries to reason with the young girl, but Jeannette is ready to take up arms for the salvation of souls and the liberation of the Kingdom of France. Carried by her faith, she will become Joan of Arc.

Jeannette: The Childhood of Joan of Arc premieres at Cannes.