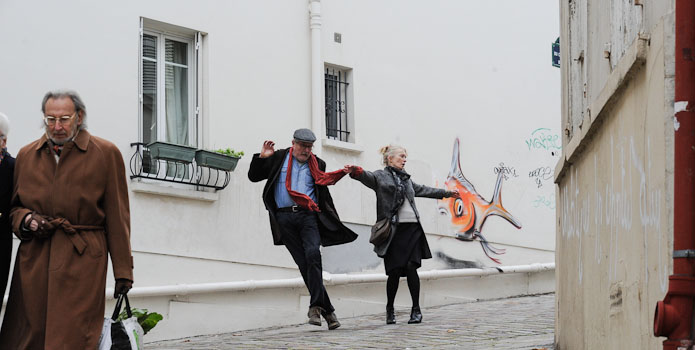 While he tried and failed to conjure attention with last year’s Bill Murray-led awards bait Hyde Park on Hudson, director Roger Michell has returned to the festival circuit in 2013 with a smaller-scale affair and today brings our first trailer. Scripted by Hanif Kureishi, Le Week-end follows Jim Broadbent and Lindsay Duncan as a married couple who return to Paris for the first time since their honeymoon. While the trailer has less Jeff Goldblum than I’d like, it looks to be an earnest, but not essential viewing. Check it out, along with the first stills below and see the first clip here if you missed it.