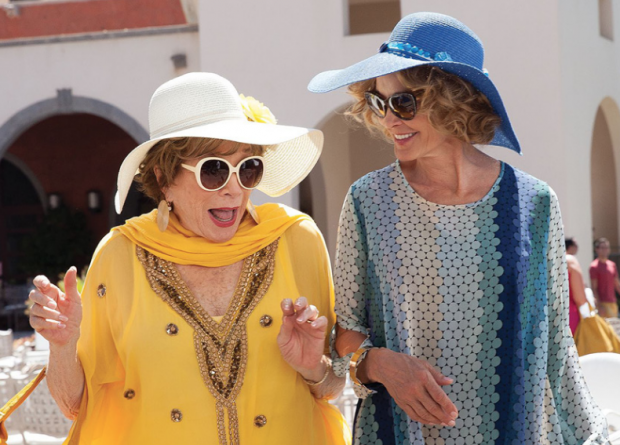 Screen legends Jessica Lange and Shirley MacLaine have teamed for the new comedy Wild Oats, which was shot two years ago and now will finally be arriving in theaters next month. Directed by Andy Tennant (Hitch, Fools Rush In), the story follows a woman who gets a life insurance check for $5,000,000 instead of $50,000, so she takes an unexpected vacation to Canary Islands with her friend.

Also starring Demi Moore, Billy Connolly and Alan Arkin, if you enjoy often the often under-represented geriatric comedy genre, Wild Oats looks to fit the bill. This one got the Grace of Monaco treatment from The Weinstein Company, premiering on Lifetime last week before a theatrical release next month. While they still have yet to officially release a trailer, one popped up on the international circuit. Check it out below, along with the poster.

After her husband’s passing, Eva (Shirley MacLaine) faces life on her own for the very first time. With a doting daughter Crystal (Demi Moore) reminding her of her age every day, Eva can’t help but feel her best days have come and gone. When she receives a life insurance check erroneously made out for five million dollars instead of the expected $50,000, Eva and her best friend Maddie (Jessica Lange) decide to live life to the fullest and head for an adventure of a lifetime in Spain. But when the insurance company realizes their mistake, will they be able to recover the money before Eva and Maddie spend it all?