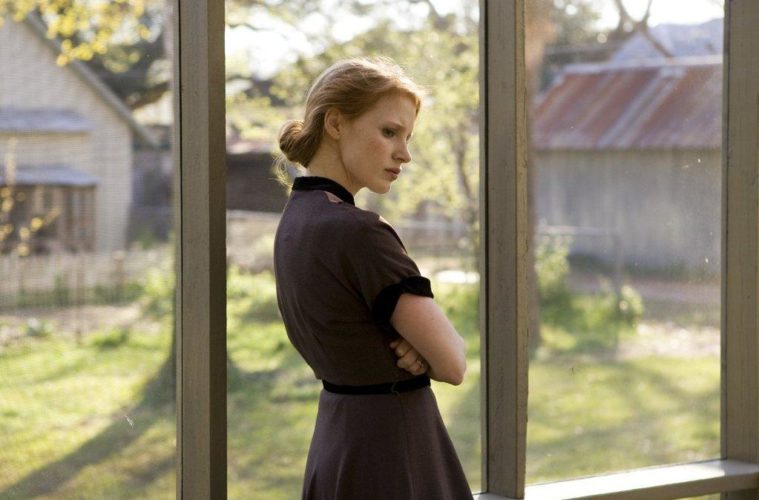 Is there anything this woman can’t do? After shooting Terrence Malick‘s The Tree of Life years ago it finally arrived this summer and then a slew of all the projects she has shot since then seem to arrive every few weeks. Jessica Chastain has seen The Debt and The Help come out, with Take Shelter arriving next week and Texas Killing Fields coming out next month.

Then she still has The Wettest County in the World, Wilde Salome and Coriolanus all hitting theaters by the end of the year or soon after. Now Variety reports she has just signed on to one of the biggest upcoming blockbusters with one of the world’s biggest stars (well, she did already start the things off with Brad Pitt).

The star is Tom Cruise and the project is Joseph Kosinski‘s Tron: Legacy follow-up, Horizons. This is another sci-fi feature, from Universal this time, and after being part of the shortlist, Chastain is locked into one of the female lead roles. There is still reportedly room for other contenders Olivia Wilde, Brit Marling and Noomi Rapace, as there is still the role of Cruise’s wife. The only female role is a that of a “mysterious woman,” and you can check out the synopsis below.

In a future where the Earth’s surface has been irradiated beyond recognition, the remnants of humanity live above the clouds, safe from the brutal alien Scavengers that stalk the ruins. But when surface drone repairman Jak discovers a mysterious woman in a crash-landed pod, it sets off an unstoppable chain of events that will force him to question everything he knows.

Horizons will open on July 19th, 2013 from a script by William Monahan and rewrite by Karl Gajdusek.

Are you looking forward to Chastain in a massive budget sci-fi feature?