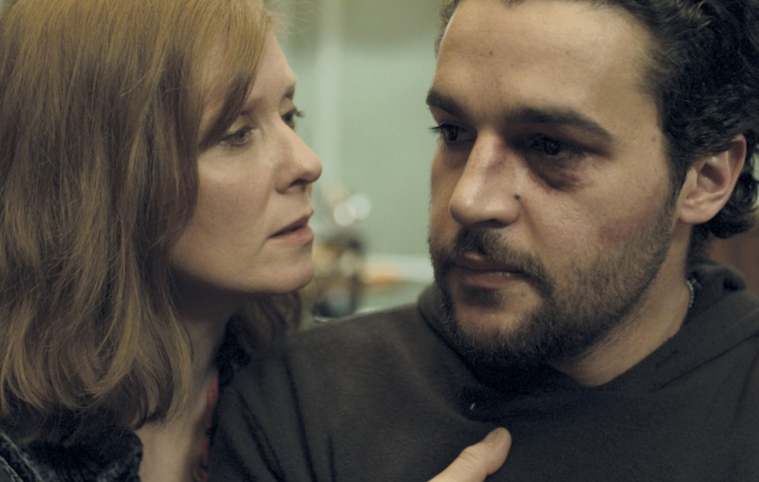 One of the most affecting experiences in a cinema this year can now be had with Josh Mond‘s directorial debut James White, which follows our title character (Christopher Abbott) dealing with the decaying health of his mother (Cynthia Nixon). As I said in my review, “While lesser, perhaps more commercial films might shy away from the actual process of decay and loss, Mond displays no fear in vividly walking us through the bleak events in James White’s journey. Some of his moments of unabashed anger may come across as overwrought and pre-calculated, but Mond’s raw, unflinching approach goes to great lengths to provide a tangible reason for our lead’s internal struggle.”

Although the film is currently only in one location, it’ll be expanding in the coming months and to help guide it on your radar, we have a set of great alternate posters for the drama. While the the official poster certainly catches the eye, so do these set of five, which both exude the close-up nature of the film as well as the loneliness that occupies White’s mindset. Along with the set, there’s also a fascinating chat with Mond and director J.C. Chandor (A Most Violent Year, Margin Call) as they discuss their respective experiences at Sundance, Mond’s personal journey making the film, and much more.

Check it out below thanks to The Talkhouse, along with the set of posters, and read our in-depth interview with Mond here.

James White is now in limited release and expanding.