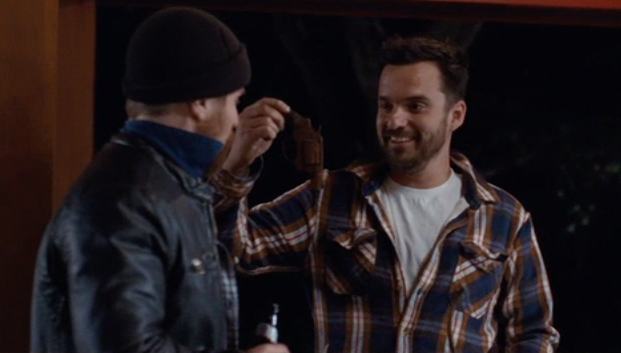 Upon the Sundance Film Festival premiere of Digging For Fire little did we know that Jake Johnson would also be taking part in one of the highest-grossing films of all-time this summer. With hopefully a bump from Jurassic World, his small-scale, dino-free adventure with writer-director Joe Swanberg might get a bit more attention. Ahead of a release next month, the first entertaining trailer has now arrived.

We said in our positive review, “Because of the coincidental plotting, this is Swanberg’s most movieish movie to date. There’s a natural looseness to Swanberg’s other films, but in this instance, the script is more tight and convenient, but rarely does it detract from the realism. This being a Swanberg picture, there’s still plenty of characters just sitting around talking, and the film would’ve been equally as good if that’s all Digging for Fire was.”

Also featuring Rosemarie Dewitt, Orlando Bloom, Brie Larson, Sam Rockwell, Anna Kendrick and Mike Birbiglia, along with a wealth of additional supporting roles, check out the trailer and poster below.