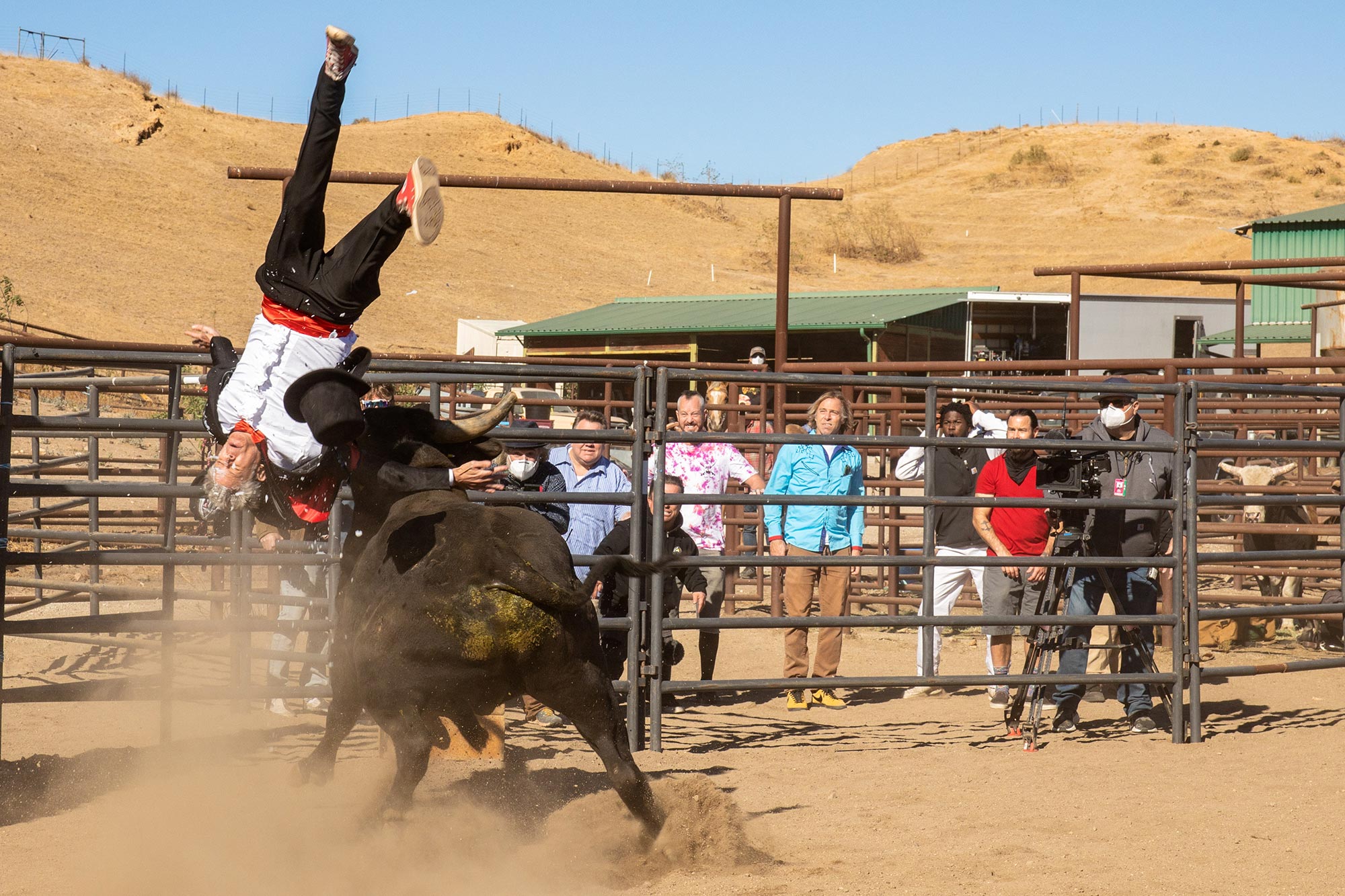 It was frightening, concerning, altogether thrilling when the Jackass gang performed stunts—or direct acts of masochism; six of one, half dozen of another, etc.—in their 20s and, more on that concerned side, 30s. (Johnny Knoxville dishing on his injuries is not for the faint of heart.) These men are not old, but a quick Wikipedia click-through reveals birth years that suggest they should stop doing this—1971, 1974, 1973. The age when things don’t really work anymore.

Which obviously makes Jackass Forever, out this fall, all the more enticing. Though we’d probably know by now if someone died during production, the infliction of some terminal injury wouldn’t be the media surprise of the year. Looking at the first trailer one recognizes Jackass—they might also see Boyhood, 7 Up, or Twin Peaks season 3 in the wrinkles and folds that have accumulated. We may be putting more thought into a movie which will surely find one of its stars covered in feces or semen (why not both?), but Jackass Forever is perhaps the only 2021 studio movie whose existence has such power. What a world.