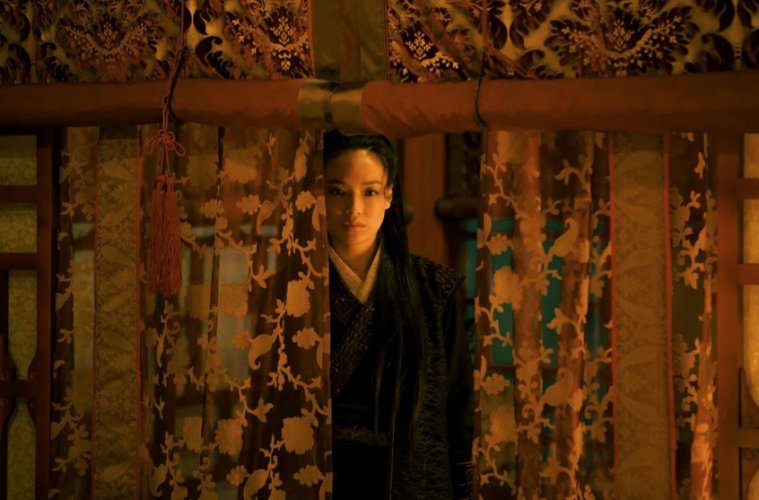 At Artforum, J. Hoberman names his top 10 films of 2015, topped by The Assassin:

At once old-school and free-form, classic and avant-garde, the great Taiwanese filmmaker’s first venture into wuxia is the only movie I saw this year that, as soon as it ended, I wanted to see again.

Watch a half-hour interview with Denis Villeneuve on Sicario:

The New Yorker‘s Richard Brody‘s on his eye-opening second viewing of Carol:

On that first viewing, Haynes—working with the great cinematographer Ed Lachman, who seems to have poured a lifetime of inventive ingenuity into the film—appeared to preserve the movie’s emotional world in its images rather than to embody it. But up close, six weeks later, in the second row of a compact theatre, Haynes’s fundamental artistic decisions struck the eye like a flash. With the nose pressed against the screen, it’s obvious from the very start of the movie, even under the credits (a shot of a sewer grating that fills the screen with more darkness than light), that it was shot on grainy, 16-mm. film, and this grain is no mere accident but an essential quality of Haynes’s world.

See the trailer for the Guy Pearce-led short Lorne:

Afterimages, the screenplay for which was written by Andrzej Mularczyk, is devoted to one of the greatest Polish avant-garde artists: Wladyslaw Strzeminski. The film’s title, which refers to persistent images, those optical illusions that continue to appear under one’s eyelids after staring at a reflective object, is borrowed directly from the painter’s work and uses the title of his famous series of paintings from 1948–1949. But although Wajda had been thinking about making this cinematic portrait for the last 20 years, its purpose is not merely to give viewers new appreciation for Polish art from the first half of the 20th century, but also, and above all, to lay bare the human side of an artist.