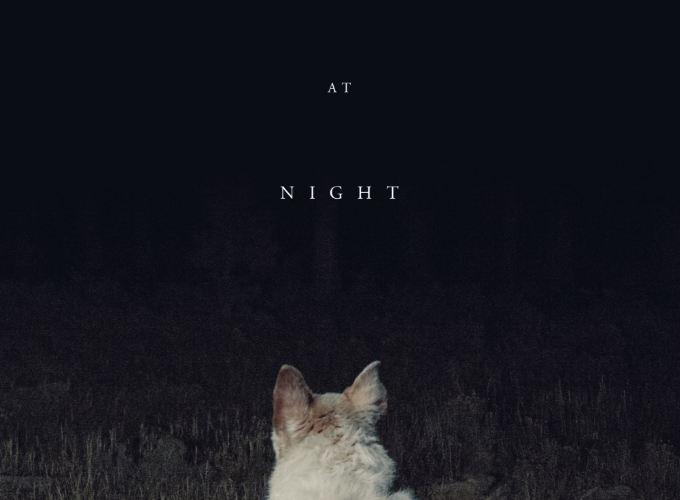 Review: ‘It Comes at Night’ is an Atmospheric, Half-Formed Post-Apocalyptic Chamber Drama

The threat of the unknown lurks behind every door, every parcel of darkness, and every character motivation in It Comes at Night. While the world writer-director Trey Edward Shults hints at is larger than in Krisha, it’s a similarly scaled exercise in wringing out tension — one that’s more patient than his debut, even if the whole is not as great as the sum of its formally impressive parts. The details in this post-apocalyptic chamber drama — flat-out horror this is not — are spare, an initially refreshing decision that ultimately results in a rather empty, half-formed narrative.

Living in and around a boarded-up home within a world where a disease has infected much of the population — or at least, that’s the extent of the damage hinted at — Paul (Joel Edgerton) and his wife, Sarah (Carmen Ejogo), primarily seek to survive and protect their family, including son Travis (Kelvin Harrison Jr.), at all costs. Precautions include wearing gas masks, limiting the only entrance of the house to a locked door down a dark hallway, never going outside at night, and killing and burning the bodies of anyone infected, including Sarah’s father. Complications ensue when Will (Christopher Abbott) breaks into their house in search of food and water for his family, which consists of his wife, Kim (Riley Keough), and their young son.

As these two families converge, Shults’ scripts mines the psychology of the lengths one will go to protect what is theirs. Paul conveys his thought-out plans for survival with a level of extreme necessity to Will and his family, including the aforementioned use of a single door to enter and exit the house. This is a location prime for terror, captured by Shults with a technical precision that has defined a recent wave of arthouse horror that often prioritizes restraint over the gleeful gore of the genre’s past decades. Drew Daniels‘ aspect-ratio-shifting cinematography is a highlight, for it relies on natural lighting — which often means only flashlights, in sequences that greatly evoke the best moments of Last of Us. As the DP’s camera dollies down the long, dark hallway, Brian McOmber’s eerie score provokes our fear of the unknown. A potential character point-of-view of these shots aren’t revealed, giving both a level of omniscient unease yet missing a tension in contrast with the skill of perspective other sequences entail.

The most genuine suspense comes when Shults’ camera is fixated on Paul’s perspective as action occurs outside the frame, whether it be a physical altercation or a question of allegiance on the other side of the door. In these sequences, the formal control the director displayed in Krisha comes to fruition in a more reserved, engrossing light, showing how little resources one requires to conjure fear. By adhering to a specific point-of-view, Shults embodies the age-old notion that what we don’t know (or see) is more frightening than what materializes in front of us.

Less successful are the handful of hallucinatory nightmare sequences, which come off as gimmicky crutches to insert the patent horror the rest of It Comes at Night lacks. A number of blood-filled visions are conjured up as a result of Travis being haunted by the necessary murder of his grandfather, but as these fail to congeal with the world that’s presented, they act more as jump-scare ploys than psychologically affecting. Along with coaxing a stand-out, reserved performance from Harrison Jr., Schults also accentuates the talents of Edgerton and Abbott, two actors who effectively convey a certain instability through their physicality. One early sequence finds them squaring off in a single take, the camera weaving around them, while another hinges on a small lie Will might have made, in turn injecting trepidation into Paul’s mind. The script’s foundational aspects — as well as tropes Shults falls into, particularly the getting-acquainted montage and an ending that favors ambiguity for any sense of closure  — will be familiar to anyone who’s seen a similarly plotted post-apocalyptic tale. This leaves a less-than-distinctive impression when all is said and done, though there are hints at more fascinating narrative threads under the surface. As Will and Kim attempt to form a new home, Travis’ fixation on their romance becomes intriguing, if disappointingly under-developed. He eavesdrops on their intimate conversation and even gazes at them sleeping; what would be disturbing by societal norms becomes a heartbreaking realization that, considering that much of the world’s population is dead, he may never achieve this kind of intimacy with anyone.

Last year 10 Cloverfield Lane effectively used its franchise backing to tell a small slice of a much bigger universe. Considering how disregarded much of the larger details of It Comes at Night’s world are, Shults’ film could easily be co-opted as a story within any number of post-apocalyptic tales. It’s this enlivening lack of exposition, and never feeling ahead of the narrative, that makes the tale captivating to see unfold. On the other hand, as Shults edges too far on the side of restraint, we come away feeling more like a distant observer than emotionally involved in the outcome. After two films, Shults clearly has a handle on minimalistic storytelling through a sense of formal control that outweighs many peers. Hopefully, next time around, he’ll have a script that stimulates on the same level as his craft.