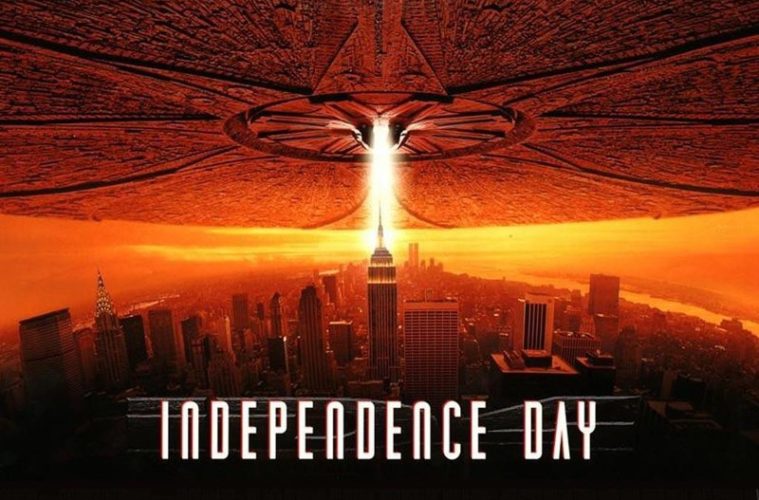 ‘Independence Day’ Sequels Will Tell One Big Story; Priority For Fox Regardless of Will Smith’s Involvement This weekend Roland Emmerich is gearing up to release what could be his most critically-praised film in a career mostly filled with end-of-the-world and alien invasion obsessions. His Shakespeare drama Anonymous is getting limited release before going wide next week, but the director already has his mind on returning to his biggest hit yet, Independence Day.

There has been talk about sequels for quite some time but Vulture now lets us know that Fox is making it a priority and expects the first drafts from Emmerich and his writing partner Dean Devlin by mid-December. These sequels, planning to shoot back-to-back, will tell one large, connected story but will also serve as independent pieces of entertainment. The goal is to create “fulfilling movies onto themselves, [but] you could see each separately and enjoy them,” a source says.

The plot is still locked down, but one expects Will Smith’s character to be heavily involved. Except, Fox has stated they will go ahead without the films if Smith doesn’t want to be a part. With Emmerich nearly done with the scripts, one would assume that could mean a huge reworking, or Fox could be so bold as to pop in another actor in the lead character role.

Smith, who only has Men in Black III coming out since his 2008 Oscar-bust Seven Bust, has become more of a family man the last few years which has been heavily effecting his production schedules. The back-to-back shoot for Independence Day is enticing and the actor is even rumored to want his wife Jada Pinkett and his son Jaden to take roles in the film.

For now, Smith is attached to the next film from M. Night Shyamalan, a sci-fi epic called 1000 A.E., for which Sony has already set a June 2013 release date for. There is word that pre-production has been not as smooth as expected, which could mean the actor may jump onto these Independence Day films. Emmerich’s blockbuster sense has never been more fully realized with this franchise, so I’d be happy for him to return to it even if it means no Smith. With an A.E. release date locked down, expect Smith to make a decision when the Independence scripts come in by the end of the year.

Do you want to see back-to-back Independence Day films? Would you without Smith in the lead?