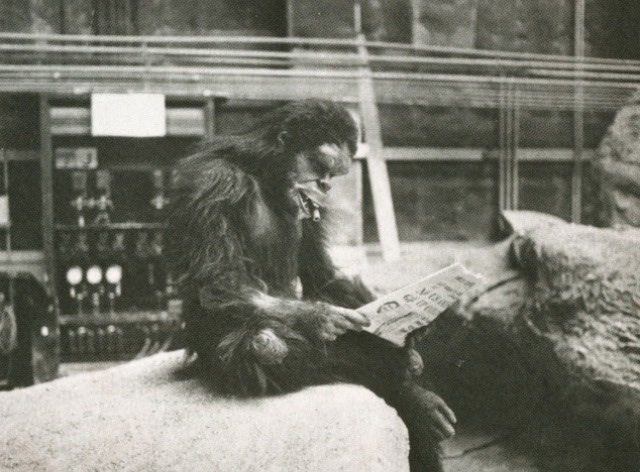 Illustrated Production Stills Bring Us to the Set of Stanley Kubrick’s ‘2001: A Space Odyssey’ There are no shortage of production stills from the set of Stanley Kubrick‘s space opus 2001: A Space Odyssey (we’ve previously featured one-hundred), but today we have something that traverses a different path. While it’s customary for a studio or producers to hire a unit photographer to capture the behind-the-scenes environment of a set, Kubrick also wanted a process with more control, which shouldn’t be all that surprising for those familiar with this process.

Back in 1966, before kicking off the production, he hired a 29-year-old Brian Sanders (known recently for his Mad Men work) to come to set and draw what he witnessed. “For that job I just drew what was in front of me, and what Stanley did was bizarre enough for me not to have to worry much about what I was doing,” he told New York Times. While these works of art would not be used and remain unpublished until 2001 (fittingly) for The Independent Magazine they’re now available and display an experiment we wish was done more frequently.

Thanks to Art of Brian Sanders and Kubrickonia (via Open Culture), check out the images below and as a bonus, we’ve covered Alex North‘s unused score for the film before, but see what it would be like when played during the opening sequences: What do you think of the illustrations?