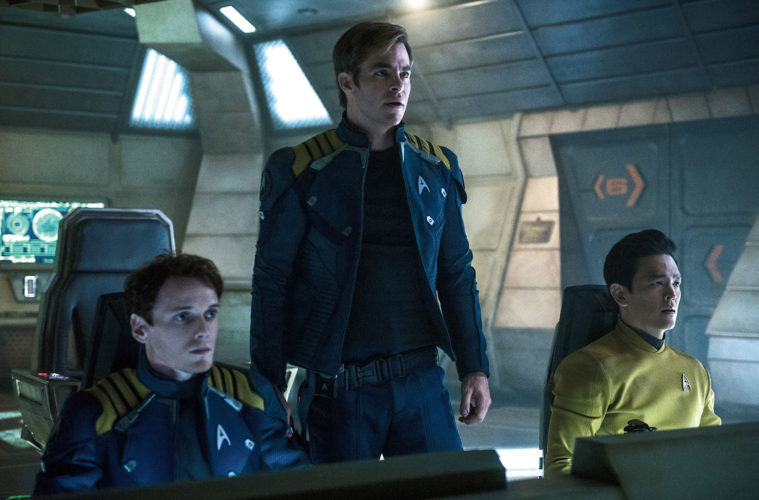 After breathing life into the Fast and Furious franchise, director Justin Lin will attempt to do the same thing with Captain Kirk and company with Star Trek Beyond. The third film in the J.J. Abrams-launched franchise return seemed to get mixed responses from its first trailer, but now a more promising second, full-length preview has arrived, adding impressive action and character beats.

“I always end up in these volatile situations,” Lin tells Wired in a great profile, speaking to script being finished down to the wire. “It’s funny. They say people with lower heart rates tend to be criminals—that’s how they get that jolt of adrenaline. The joke is that my heart rate is really low, and this”—he gestures at the frenzy of the office—“is how I stay alive.”

Along with featuring the return of Chris Pine, Zachary Quinto, Simon Pegg, Karl Urban, Zoe Saldana, John Cho, and Anton Yelchin (and even composer Michael Giacchino), newcomers to the series include Idris Elba and Sofia Boutella. Check out the new trailer and posters (including a homage-heavy one) below:

“STAR TREK BEYOND,” the highly anticipated next installment in the globally popular Star Trek franchise, created by Gene Roddenberry and reintroduced by J.J. Abrams in 2009, returns with director Justin Lin (“The Fast and the Furious” franchise) at the helm of this epic voyage of the U.S.S. Enterprise and her intrepid crew. In “Beyond,” the Enterprise crew explores the furthest reaches of uncharted space, where they encounter a mysterious new enemy who puts them and everything the Federation stands for to the test.