Idris Elba Saddles Up in First Trailer for Concrete Cowboy 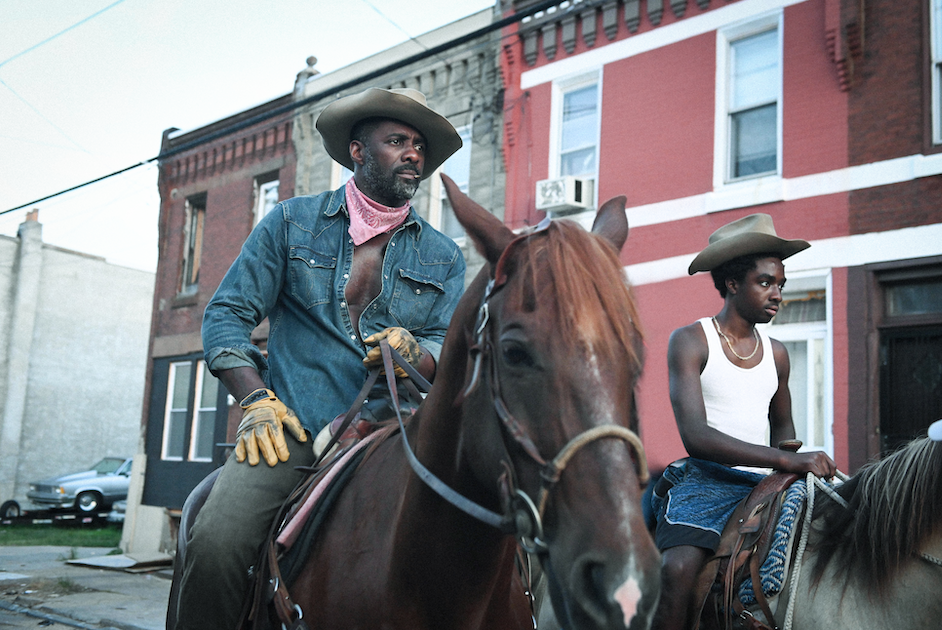 Premiering at the Toronto International Film Festival last fall, Ricky Staub’s Concrete Cowboy follows fifteen-year-old Cole (Caleb McLaughlin), who gets expelled from school in Detroit and is sent to North Philadelphia to live with Harp (Idris Elba), his estranged father. Together, they spend time rehabilitating horses for inner-city cowboys at the Fletcher Street Stables, a real-life black urban horsemanship community. Inspired by the novel “Ghetto Cowboy” by G. Neri, Netflix picked up the film and ahead of an April 2 debut, the first trailer and poster have arrived.

Christopher Schobert said in his review, “Staub proves he is capable of creating moments of real visual splendor—a shot of Elba and his cohorts galloping down city streets is stunning. And Staub draws a powerful lead performance from McLaughlin as Cole, the aforementioned troubled teen. His father is well-played by Elba, but it is a poorly written role and this is McLaughlin’s show, an actor who takes advantage of it. But for any fine performances and visual elegance, Staub and Dan Walser’s script is simply not up to par. It is here that Concrete Cowboy falls apart.”