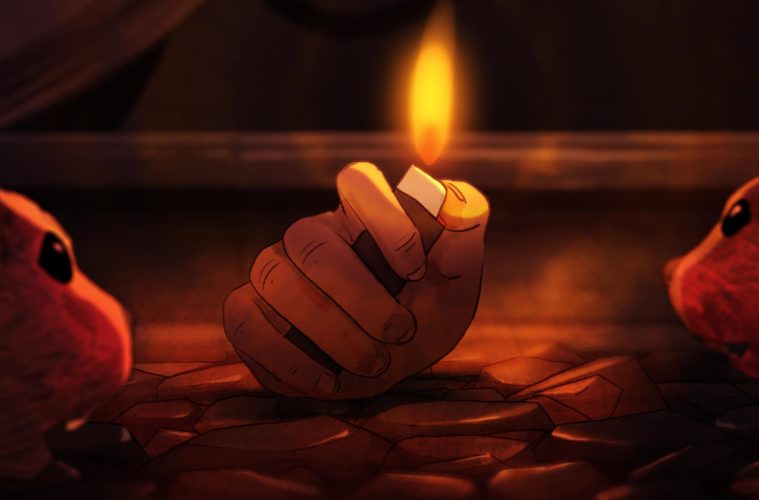 ‘I Lost My Body’ Review: A Beautiful, Surreal, Clever, and Truly Profound Animation

Hands down one of the best animated films of the year, Jérémy Clapin’s directorial debut I Lost My Body tells parallel narratives: one, a more traditional romance between a failed pizza delivery driver and one of the women he delivers to; the other, a quest following a severed hand’s journey back to its owner. While the latter narrative may sound gruesome, Clapin’s film is, instead, hopeful, providing a previously unimagined emotional connection to a disembodied appendage. The ways in which these two narratives intertwine, and The Red Balloon-esque journey that the hand takes, balances an emotional journey that reflects on the role of trauma within the present, and the myriad ways in which we deal with loss.

Following Naoufel’s (voiced by Dev Patel) traumatic childhood, the film, via flashback, recounts the idyllic childhood that he spent in North Africa with his parents, before a violent car crash sends him to live with his uncle in Paris. Now a teen, Naoufel is adrift, working as a delivery boy, who is actually quite terrible at his job. A botched delivery, in which he fails to meet the pizzeria’s twenty minutes or less guarantee, introduces him to Gabrielle (Alia Shawkat), a reclusive librarian. Adrift, and having screwed up one too many orders, he takes a job with Gabrielle’s carpenter uncle (George Wendt). That the severed hand is Naoufel’s is clear within the first few minutes of the film, as Clapin doesn’t shy aware from the gory aspects inherent to his concept. As such, most of I Lost My Body is constructed as layered flashbacks. The main narrative concerns the hand’s journey back to him, interrupted with flashbacks to his courtship of Gabrielle, and also his upbringing. His budding relationship with Gabrielle, introduced via an intercom interaction between the two, is rife as a set-up out of a romantic-comedy, as Naoufel falls in love with her disembodied voice, only taking the carpentry job to be closer to her, although she is unaware of their previous interaction. Of course, she will eventually learn of Naoufel’s deceit, yet the film never treats their courtship as fodder for comedy.

In lesser hands, I Lost My Body might’ve fallen apart, over-relying on its offbeat set-up, but Clapin, co-writing a script with Amélie screenwriter Guillaume Laurent (who wrote the novel Happy Hand, on which the film is based), focuses the entire film’s point of view through Naoufel’s hand. They use sense-memory as a window into the past as Naoufel learns to play the piano or, in an early scene, tries to kill a fly. The sentient hand becomes an emotional and narrative through-line. When the film does focus on the hand it portrays a harrowing journey; one that oscillates from body horror to adventure on a whim as the hand has to hide from other humans, fight off rats within a subway, and even navigate a highway during various sections. Rendered in 2D animation that recalls the work of Sylvain Chomet, these scenes might sound somewhat insane but Clapin anthropomorphizes Neaufel’s hand for profound results.

When the body and the body part are eventually reconnected, I Lost My Body comes full circle, connecting Naoufel’s psychological and physical trauma; the appendage being both physicalized and ultimately metaphorical. I Lost My Body is aesthetically beautiful, surreal, clever, and truly profound in its offbeat dealings with trauma. But, more than anything, it succeeds in humanizing a bloody hand, elevating its absurd concept into a film that demands to be seen.