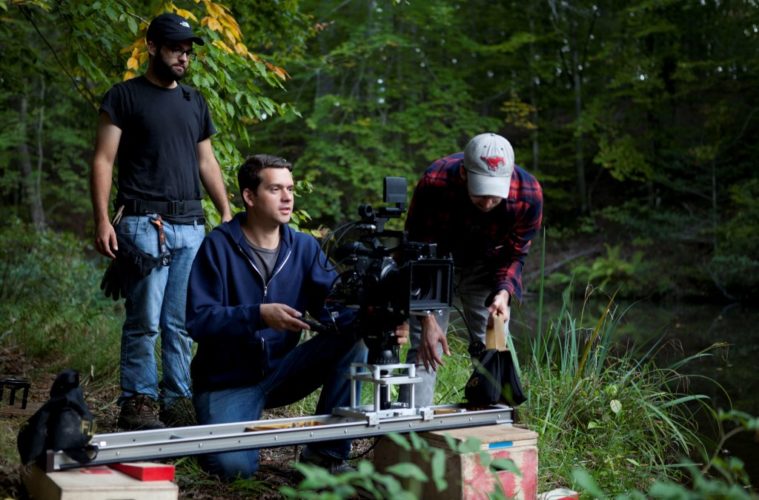 Blue Ruin director-writer-DP Jeremy Saulnier goes through a detailed, step-by-step process on how the film came to to be at Moviemaker:

I’ve come to embrace the story of Blue Ruin as one of smashing success. My initial attempts to diminish or deny this reality seemed more and more like false modesty as the fairytale unfolded. We sold our film to RADiUS-TWC two hours after its Cannes premiere. We played Sundance, Toronto, Rotterdam and dozens of other festivals. Reviews have been generous. Hollywood has called. I’m that shithead who won the Indie Film Lotto. But if it weren’t for a series of lucky breaks, the story of Blue Ruin could easily have been one of utter disaster. Truth be told, our production was perpetually on the hairy edge of collapse. That, of course, was kept a secret—until now.

The look of the Hollywood blockbuster was shaped by men like George Lucas and Steven Spielberg, but its sound is John Williams. It’s not easy to conjure up the essence of a film in the span of a few seconds of music, but that’s what Williams has done again and again. Jaws isn’t just about a shark—it’s about dun-DUNN, dun-DUNN. Superman: The Movie may be the first modern superhero movie, but the slow, beautiful buildup of the first minute of Williams’ opening theme practically defines comic-book films as a whole. Popcorn movies can lose their luster over time thanks to bad sequels, dated effects or ill-advised reboots. Williams’ music endures, unblemished.