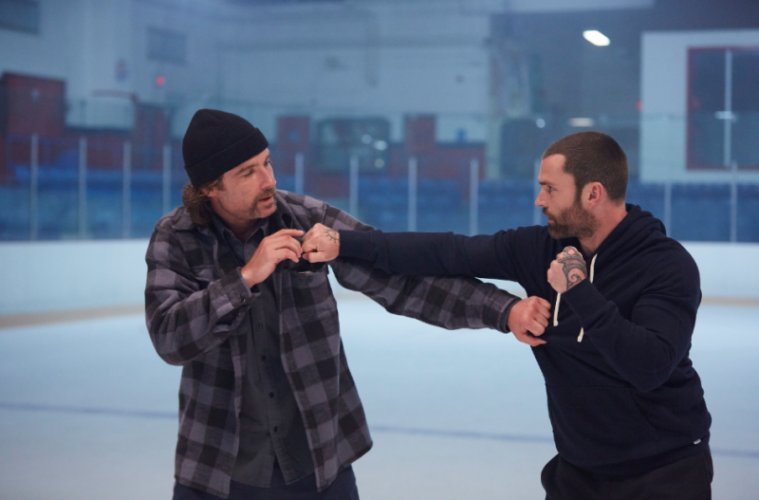 Hit the Ice in First Trailer for ‘Goon: Last of the Enforcers’

Released back in 2011, Michael Dowse‘s Goon proved to be on the comedy surprises of the year and a solid sports movie in its own right. Over half-a-decade later, (most of) the gang is back with a follow-up entitled Goon: Last of the Enforcers. With Dowse handing over the directing reigns to star and co-writer Jay Baruchel, the first trailer has landed today ahead of a spring release.

Once again following Seann William Scott’s character The Thug, this time around the plot centers around his return to the Halifax Highlanders to reclaim his former glory. Baruchel and crew seem to retain the same style of hard-edged slapstick with more than a few bruises to go around. Also starring Elisha Cuthbert, Liev Schreiber, Alison Pill, Wyatt Russell, Marc-André Grondin and Kim Coates, check out the trailer and poster below for the film we’d expect to show up at Sundance Film Festival 2017.

After one too many concussions, hockey enforcer Doug Glatt (Seann William Scott) is forced to give up his aspirations of going to the big show and settle into a buttoned down career as an insurance salesman at the urging of his pregnant wife Eva (Alison Pill). However, Doug can’t resist the siren call of the Highlanders, so he sets course to reclaim his former glory.

Goon: Last of the Enforcers opens in Canada on March 17, 2017 and is awaiting a U.S. release date.