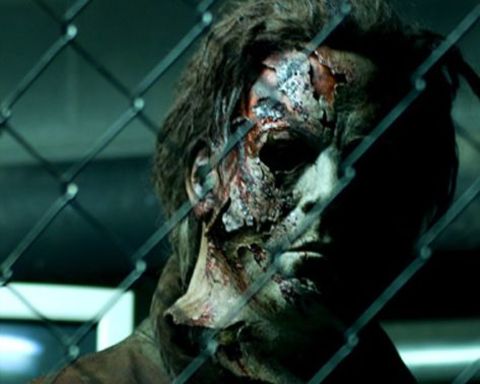 Halloween 3D is starting to become the Duke Nukem Forever of horror movies; every year it gets put on the release schedule by The Weinstein Company and every year it gets taken off. So it should come as no shock that Box Office Mojo tweeted earlier today that, once again, Halloween 3D has been dropped from its planned October release to the dreaded world of “TBD”. Once again we are robbed of watching Michael Myers viciously murder babysitters in three dimensions and once again I got my hopes up for nothing. Hollywood is a cruel tease.

Unlike The Cabin in the Woods, which was shelved for years before finally getting a release this month, Halloween 3D isn’t a movie The Weinstein Company has in a can lying around somewhere too scared to show it to anybody; the movie simply doesn’t exist. So what exactly is the hold up? Could be many reasons; maybe they want to diverge from the two films directed by Rob Zombie and go off on their own path connecting it to either the original series of movies or to start completely anew.

They could also still be fine tuning the script, although let’s be honest it’s not like they need a masterpiece to make this a hit (iconic horror franchise in 3D? Pays for itself). The final reason, and the one Box Office Mojo seems to believe, is that The Weinstein Company doesn’t intend to ever actually make Halloween 3D. Personally I think that’s just speculation and assumption working its internet magic. In an industry that’s trying to live off of old franchises, deciding not to pursue one that iconic and that cheap to make is unfathomable. The evidence gives this theory credence I guess, but the logical side of me just can’t see it. TWC will make Halloween 3D; they’d be stupid not to. It’ll happen. It may take another three years, but it’ll happen.

And I’ll be there for Halloween 3D‘s opening night. The Halloween series is my favorite horror franchise with what I consider to be the scariest slasher villain of all time. Hearing the theme music late enough at night will legitimately terrify me and cause me to check each room in my house just in case. It’s had many pitfalls (botching the Curse of Thorn story, letting Busta Rhymes scream at him without retaliation, the two Rob Zombie remakes), but it’s also had many highs and even though I’m 99% sure it’ll be bastardized I still want to see Michael Myers on the screen.

Are you surprised Halloween 3D got pushed back again? Did you even know there was supposed to be a Halloween 3D?