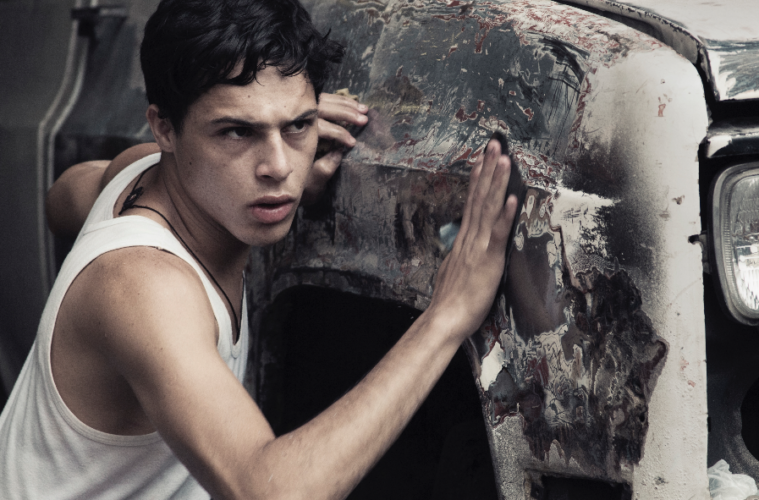 Get Close to ‘From Afar’ In U.S. Trailer for Venice’s Golden Lion Winner

Venice winners often seem overlooked, perhaps because the festival’s biggest titles are a) weeks away from hitting other festivals on other continents and / or b) expected to open within the next few months. From Afar was not one of last year’s bigger titles, despite taking home the Golden Lion — do I need to tell you that’s the top prize? does any film award, or really any prize, sound as victorious as “Golden Lion”? — and now the time’s come for it to leave some mark. In the United States, at least.

Lorenzo Vigas‘ film, co-written with former Iñárittu mainstay Guillermo Arriaga, will begin a U.S. run next month, courtesy of Strand. We were rather taken with From Afar, having said, “Powered by a sea of suppressed, unreciprocated feelings, From Afar beautifully describes the mechanisms of desire in what begins as an almost-love story that ends up something tragically different. It might not be the most ambitious or technically achieved film of the Venice competition line-up this year, but it certainly cuts closest to heart, leaving behind the most jagged tear.”

Winner of the Golden Lion (“Best Film”) Award at Venice Film Festival. Wealthy, middle-aged Armando (Alfredo Castro) lures young men to his home with money. He doesn’t want to touch, only watch from a strict distance. Armando’s first encounter with street thug Elder (Luis Silva) is violent, but this doesn’t discourage the lonely man’s fascination with the tough handsome teenager. Financial interest keeps Elder visiting him regularly and an unexpected intimacy emerges. However, Armando’s haunted past looms large, and Elder commits the ultimate act of affection on Armando’s behalf.

From Afar enters a limited release on June 8.