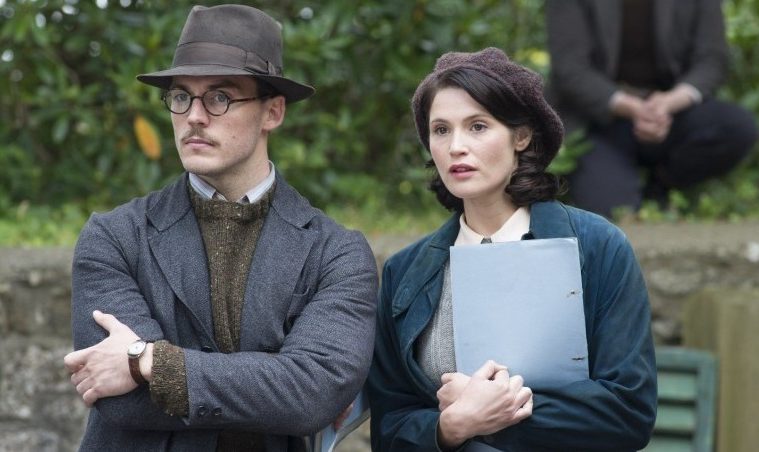 After finding a sweet spot with period dramas, An Education director Lone Scherfig is back with another. Her latest film, Their Finest, combines both filmmaking and war to tell the true story of a British film crew who set out to boost morale after the Blitzkreig by creating a propaganda film. Starring Gemma Arterton, Sam Claflin, Bill Nighy, Jack Huston, Jake Lacy, and Jeremy Irons, the film premiered at TIFF and stopped by Sundance, and now the U.S. trailer has landed ahead of an April release.

We said in our review, “Ticking off multiple points on the big crowd-pleaser checklist, Their Finest is a romantic dramedy about patriotism set during World War II, with a nice splash of girl-power sentiment thrown in as well. And it has Bill Nighy. Can’t do a middle-brow British prestige picture without that guy nowadays. Whenever it hits theaters (likely around the holidays), it’ll make for a good family outing. Your mom will probably cry – and so might you, but don’t be too ashamed of yourself.”

Check out the U.S. trailer and the U.K. poster below.

With London emptied of its men now fighting at the Front, Catrin Cole (Gemma Arterton) is hired by the British Ministry of Information as a “slop” scriptwriter charged with bringing “a woman’s touch” to morale-boosting propaganda films. Her natural flair quickly gets her noticed by dashing movie producer Buckley (Sam Claflin) whose path would never have crossed hers in peacetime. As bombs are dropping all around them, Catrin, Buckley and a colorful crew work furiously to make a film that will warm the hearts of the nation. Although Catrin’s artist husband looks down on her job, she quickly discovers there is as much camaraderie, laughter and passion behind the camera as there is onscreen.

Their Finest opens on April 7.