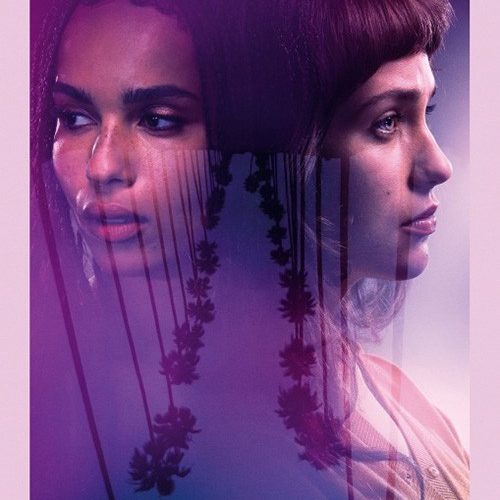 There is a moment in Aaron Katz’s Gemini when Jill LeBeau (Lola Kirke), who has become the prime suspect in a murder, needs to hide from the police and find a disguise. Out of every possible option, she goes for a blonde wig with bangs, something that makes her look like Barbara Stanwyck in Double Indemnity. She looks perhaps even more conspicuous in her costume than in her daily look, but she manages to slink from law enforcement time and again because Gemini is the kind of film that exists in “movie universe,” a self-referential place where characters, unbeknownst to them, move according to the whims of their creators.

Gemini is also a fantastic neo-noir set in the Thief-inspired Los Angeles of Drive, an upside-down city, as captured in the surrealistic opening credits by cinematographer Andrew Reed, where morals have all but vanished, leaving behind only a group of ghostly beings trapped in the limbo of their crushed dreams and dissatisfaction. (James Ransone’s paparazzo is especially wonderful.) We wonder, for example, why the intelligent, perceptive Jill wound up as the personal assistant / henchwoman of spoiled movie star Heather Anderson (Zoë Kravitz) who uses her to conduct dirty work under the pretense of being more than her employee, but also her “best friend.”

Jill and Heather’s strangely co-dependent relationship seems to be based on a game of mutual destruction when they are approached by an eager fan at a restaurant. Rather than listen to Jill’s precautions, Heather asks her to join them. Soon enough the young fan is posing with Heather in invasive Instagram selfies and asking about her personal life. With one look, Heather lets Jill know that she was right, but also that, as the boss, she gets to fuck up as often as she likes. It’s no surprise that Jill finds Heather lying on the floor of her mansion in a pool of blood after being shot with the same gun Jill asked her not to get. But their closeness means all accusatory fingers point to Jill, and as she is constantly approached by Detective Edward Ahn (a smooth John Cho) she decides she needs to solve the case herself.

With its theme of twins, doppelgangers, and doubles, Gemini pays tribute to films such as Persona and (especially) Mulholland Dr., which also dangled between the border of noir and the dream world. Whenever characters in the film constantly remind each other that “this is real life,” it’s clear that Katz is more interested in the idea of playing with movie conventions than with crafting anything remotely resembling reality. It’s a joy to immerse oneself in his cool, neon-lit world, a place where movie characters speak like movie characters and the dream of justice is inescapable, even if the movies have taught us better.

Gemini opens BAMcinemaFest 2017 and will be released on March 30.