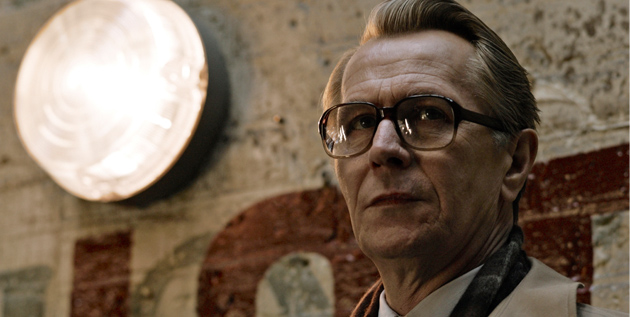 After generating a huge cult following with his role as Sirius Black, Gary Oldman has made a huge name for himself in Hollywood that will last well after he’s gone. In my opinion, Oldman can do whatever the hell he wants in regards to film projects, because he’s definitely deserved it. So I’m happy to report, courtesy of The Playlist, that Oldman is planning on returning to the director’s chair after his 1997 film, Nil By Mouth.

The Film Society of Lincoln Center had he opportunity to sit down with Oldman, where he discussed his lengthy career, his process and working with some of the greatest directors of the recent generation, Mike Leigh and Christopher Nolan. He also touched upon his brief directing career and was asked by he hasn’t made a follow up. Here’s Oldman‘s response:

“Well, I tried to funnily enough. I tried to follow it with a film [I wrote] about a sex addict. And he was married and had a mistress and all the machinations of that and it was very, very, very difficult to finance. I couldn’t get the money or at least I couldn’t get the money to do it the way I wanted to do it. He’s a 50 year old Italian New Yorker. And they said, ‘We’ll give you the money if you put Russell Crowe in it.’ And I said, ‘[The character’s] an Italian, I need [an Italian]. You know, [Crowe’s] terrific but not for me in this role.’ [Imitating studio], ‘I don’t see him in something like this.’ And it went around, it bounced around to a few different people and [the script] just sat there on the shelf.”

Oldman commented on the growing technology, which influenced him to re-visit his script. “But I recently, a year ago, took it out and relooked at it and would you believe, updated it. Because my character’s got a pager. And also now with the internet and the iPhone and pornography is free now. You have all the chat rooms and all that. And you have Viagra. So I’ve, no pun intended, done a polish on it,” he commented. Although his sex addict-themed script seems pretty substantial, he does have a different directing project set up for himself, most likely to start production in 2013.

For those lucky enough to see last year’s beautifully executed Shame, would see the obvious resemblance in plot lines, which is ironic considering Oldman discussed this topic as well. “I ran into [British director] Steve McQueen, of ‘Shame’ fame,” commented Oldman, “and I said to him after the wonderful thing he did about Bobby Sands, “Hunger,” [which was set in a prison in Northern Ireland]. I said to him ‘Why did you set the movie [‘Shame’] in America? Why did you set it in New York?’ And he said, ‘Because I couldn’t get any money to do it in England. No one wanted to shoot it. No one wanted to do it in London.’ So he transposed it to America. I think it’s still a very, very touchy subject for people.”

Although Oldman seems very eager to get behind the camera once again, he does note that it is huge time commitment, which is hard for the father of two. “I mean, Tinker Tailor Solider Spy is 10 weeks for me. There’s obviously prep work that one does but the shoot was 10 weeks for me. That’s 2 ½ years for [director] Tomas Alfredson. Big commitment,” commented Oldman.

Would you be interested in seeing a movie directed by Oldman?