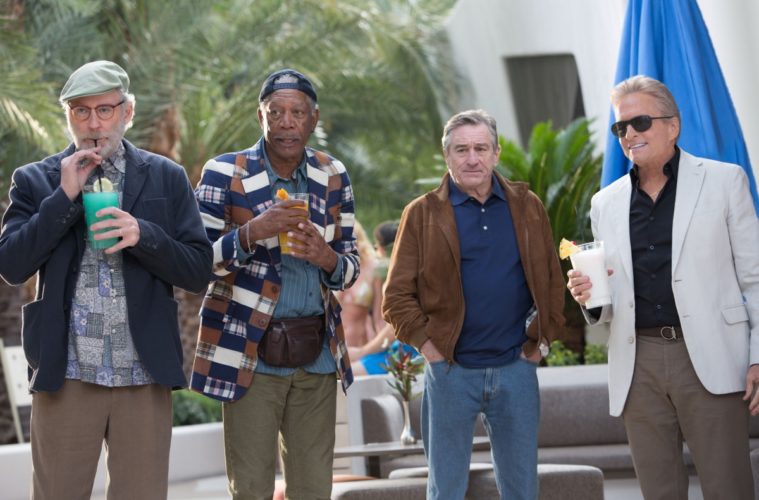 We have no problem with films that feature some top Hollywood celebrities just hanging out and having fun, but when the results are movies like Grown Ups 2 and Wild Hogs, then there’s some major disappointment to be had. Thankfully, the upcoming Last Vegas pairs some of the town’s top talents (and four Oscar winners) for a Hangover riff that could actually be entertaining.

After an initial teaser, the full-length trailer has landed for the CBS Films project that features Michael Douglas, Robert De Niro, Morgan Freeman and Kevin Kline as four friends who head to Sin City for a bachelor party. The geriatric gags actually produced a few laughs for yours truly, so hopefully the film can do the same. Check it out below for the film directed by National Treasure‘s Jon Turteltaub.