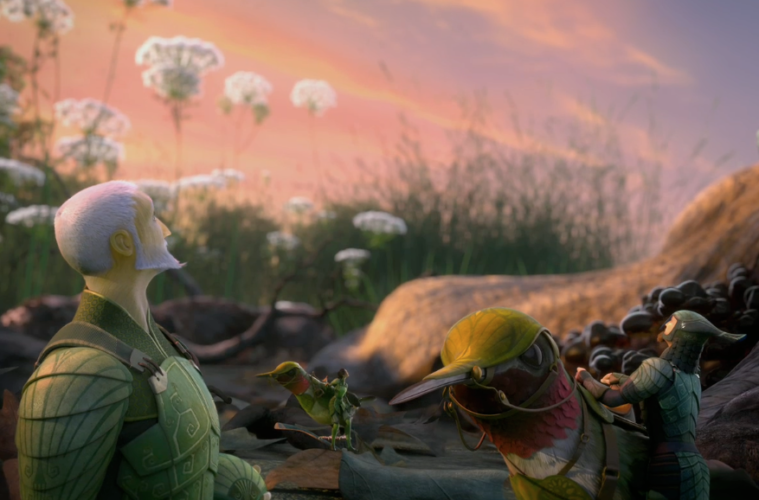 One of the most sure-fire box office successes are animated family films and 2013 is shaping up to be no different with original properties like The Croods and Turbo, as well continuing franchises with Monsters University and Despicable Me 2. Today we’ve got a new trailer for one in the former category, with Blue Sky Studios’s Epic. After an initial peek over the summer, we’ve now got a more polished trailer that opens up the fantasy story.

While we hinted the comparisons to FernGully, Chris Wedge‘s (Rio, Ice Age) latest animation seems to have more in common with Honey, I Shrunk the Kids in this latest preview. There’s some impressive design at work here with some of the forest creation, so hopefully the story will match up with the animation. Featuring voice acting from Beyonce Knowles, Colin Farrell, Josh Hutcherson, Amanda Seyfried, Johnny Knoxville, Aziz Ansari, Pitbull, Jason Sudeikis, Steven Tyler, Blake Anderson and Judah Friedlander, check out the new trailer below.

EPIC is a 3D CG action-adventure comedy that reveals a hidden world unlike any other. From the creators of ICE AGE and RIO, EPIC tells the story of an ongoing battle deep in the forest between the forces of good who keep the natural world alive and the forces of evil who wish to destroy it. When a teen age girl finds herself magically transported into this secret universe, she must band together with a rag-tag team of fun and whimsical characters in order to save their world… and ours.