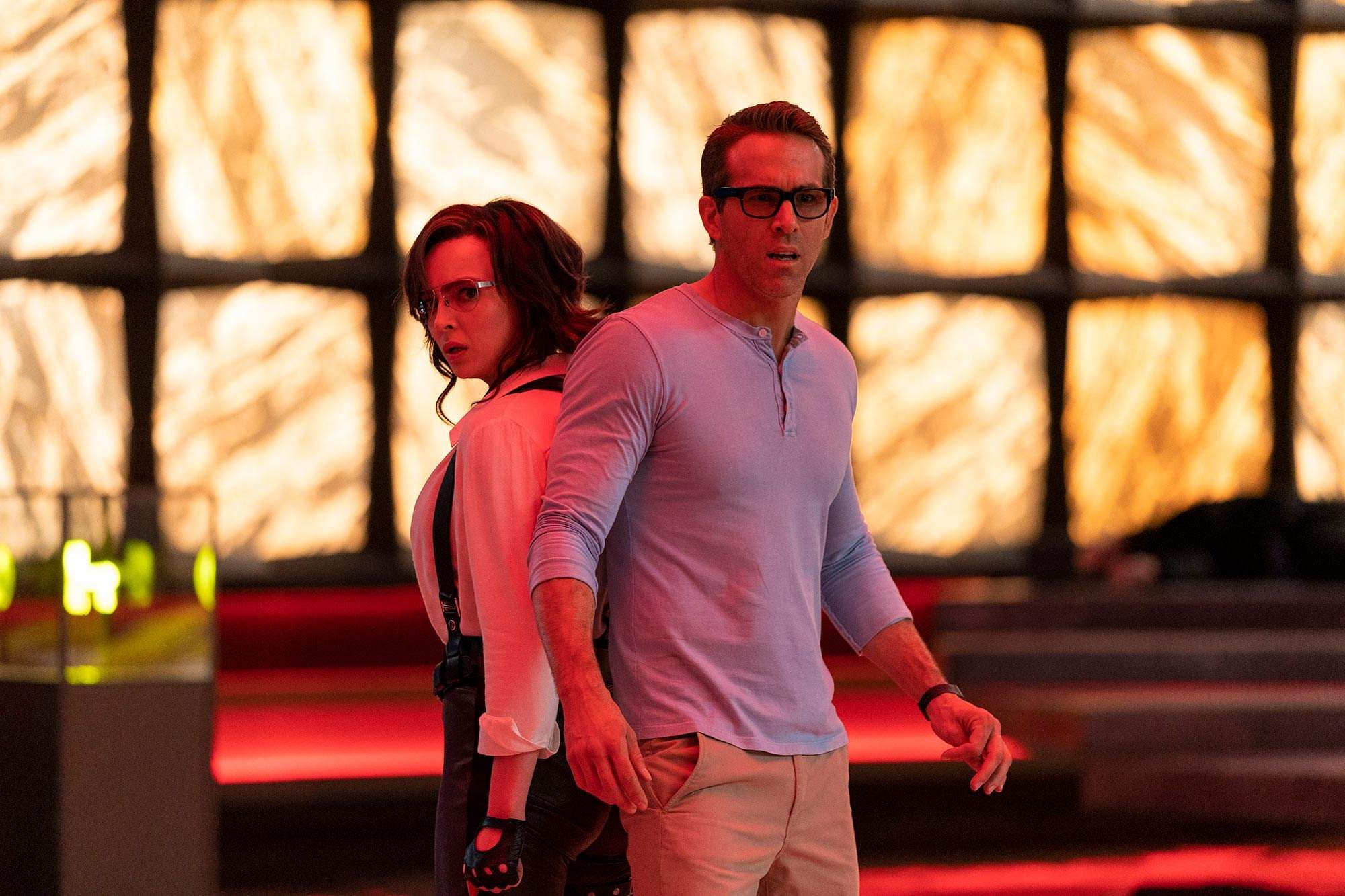 For a major release by a media behemoth, Free Guy is surprisingly restrained. Set in an ersatz Fortnite dubbed Free City, the film follows Ryan Reynolds’ Guy, a chipper non-playable character who’s given a new lease on virtual life by breaking free from his programming. In doing so, he becomes an active force for good amidst the game’s digital carnage. It’s a premise that reeks with the threat of shameless I.P. plugs, but Space Jam: A New Legacy, Ready Player One or Pixels it (mostly) is not. It’s occasionally as loud and potentially obnoxious as others like it, but it’s technically an original item. On the whole, it avoids pandering nostalgia plays, and instead cribs its beats from a booming culture that its audience is now at least tangentially familiar with, if not well-versed in. While that’s likely due to its starting development at 20th Century Fox prior to the Disney merger, a large chunk of the film’s runtime is devoid of a single appearance by an existing property. In the monopolized conglomerate hellscape of modern entertainment, it’s the lowest of low bars to clear, and Free Guy shuffles over it by this much.

As the unstoppably sprightly Guy, Reynolds is left to own his devices here. There is no sweat broken and no new tools in his toolkit. And there’s nothing abhorrently wrong in that. If his schtick works for you, it’ll work here. If not, hunker down. He’s buoyed by his NPC bestie Buddy (Lil Rel Howery), who offers some affable mugging that works often enough. But if anyone is going to justify your time spent with Free Guy, it’s the inimitable Jodie Comer. As Millie, the flesh-and-blood game designer behind Guy’s epiphanous evolution, Comer (alongside Joe Keery) endeavors to gift the film with some semblance of stakes. There’s not a quip she can’t handle, not a scene she can’t steal. She is running circles around her co-stars. It’s not A+ material, but there’s enough entrenched male entitlement in the gaming world that Comer gleefully takes down with ease. Forgive the pun, but she’s operating on a level that clearly indicates she’s above the grade––so much so that one can’t help but wish she were given a better vehicle to showcase the action, humor, and earnest tenderness she obviously commands.

Comer and Keery B-plot their way through corporate espionage to prove their work was stolen by Soonami (a stand-in for the very real, very terrible Activision Blizzard), a gaming giant run by Taika Waititi in an extremely noxious turn. The less said about Waititi the better, as his presence is a frank annoyance here, and only functions properly because he’s been cast as the villain. As the script wades in the corporate waters of the gaming industry, it’s at its most relevant and also the most out of its depth. It makes as incisive a critique of the gaming world’s notoriously toxic landscape as can be expected from PG-13 fare, but also takes little-to-no time to worry about how modern games actually function. Free Guy plasters the cracks with just enough jargon to convince you it knows what it’s talking about.

For a solid Hollywood workman like Shawn Levy, this is all right in the wheelhouse as he manages to render something breezy enough to overpower the cringe. Among the intermittent laughs and cameos (ranging from welcome to morbidly awkward), there’s a fleet-footed nature here, until the easter eggs of Disney’s corporate synergy bound in to induce the kind of eye-rolling climax that reminds you big entertainment might still be doomed. That aside, the macro result of Free Guy is an innocuous, not-totally-unpleasant time-killer. It doesn’t warrant strong castigation, frankly because of the energy that would require.