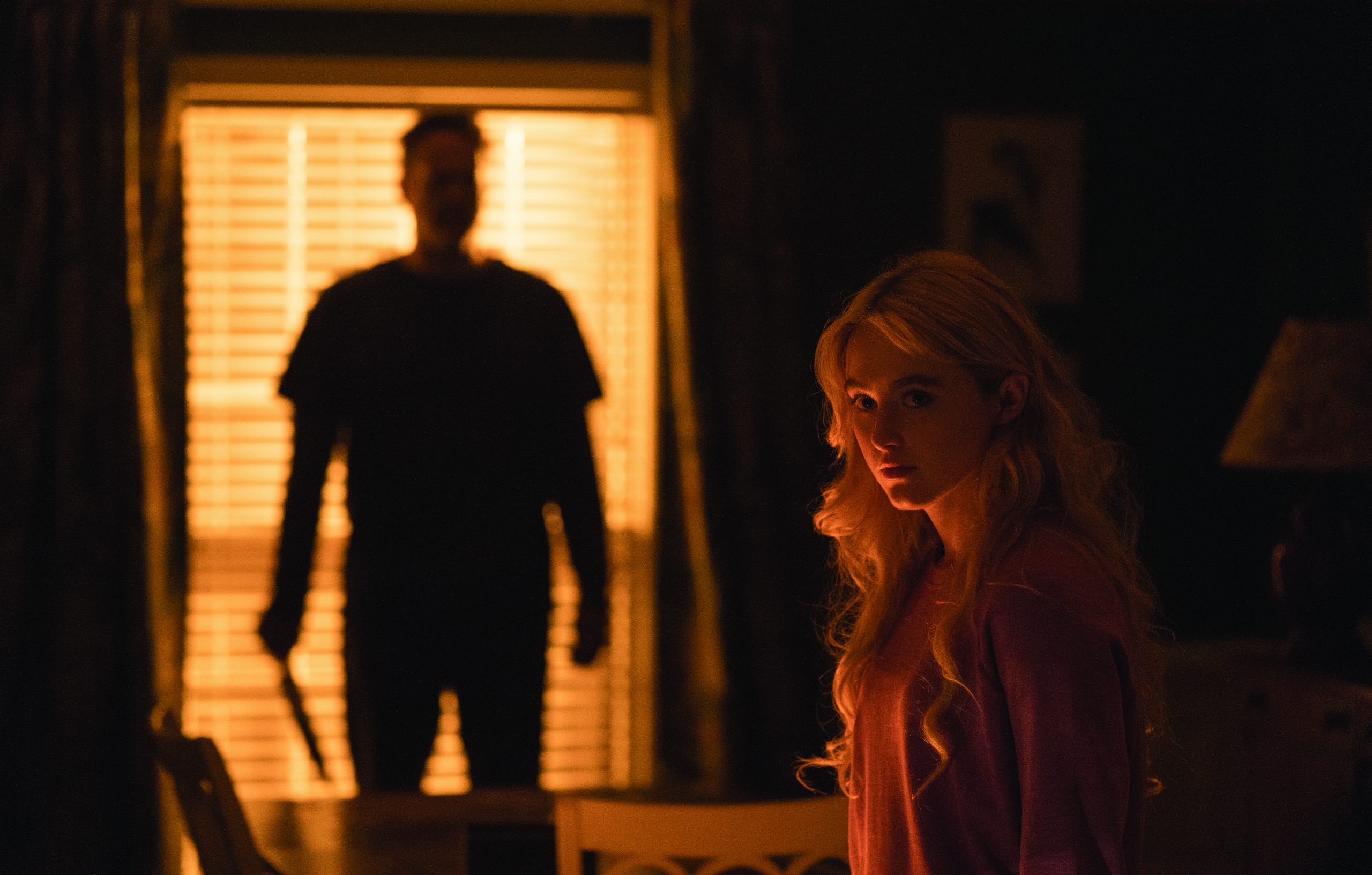 After steering two Happy Death Day films marrying slasher and time-loop tropes together for box office success, the question for writer/director Christopher Landon was, “What’s next?” Add Scouts Guide to the Zombie Apocalypse and you’d be right to assume it would be another horror comedy of some kind, but what sub-genre would be injected to give it a unique yet familiar flair? Or better yet: whose script would provide that injection with an overall sensibility he could get behind? Landon didn’t write the first Death Day film after all. Nor did he originate the treatment that became Scouts Guide. So when Michael Kennedy approached him with an idea he hoped to pitch to Blumhouse inspired by those films’ narrative inventiveness, Landon immediately asked to join the Freaky party.

Kennedy’s premise is entertaining: utilize the body-swap concept in a high school setting, but make the adult in the equation an infamous serial killer who preys on teens just like the one to which his mind would be supernaturally transferred. The Blissfield Butcher (Vince Vaughn) is born as the physical embodiment of an urban legend—a beast of a man who murdered a bunch of kids during Homecoming weekend in the 1990s and then disappeared from view. What brings him out of retirement now? Who knows? With almost twenty years of bloodlust unsatisfied, it was only a matter of time before he’d return to the scene to wreak havoc with a quartet of rich white kids partying at home two days before their Friday the 13th dance.

What he didn’t bargain for, however, was the cursed dagger calling out to him during this rampage or the ramifications it would ignite. Neither did the unlucky recipient of its blade: seventeen-year-old Millie Kessler (Kathryn Newton). She wasn’t even planning on celebrating with her BFFs Nyla (Celeste O’Connor) and Josh (Misha Osherovich) that night. Her evening would be quiet and by her mother’s (Katie Finneran’s Coral) side—the by-product of another in a long line of guilt trips she’s endured in the year since her father passed. Except Millie gets stranded at the football field instead with the Butcher bearing down upon her, dagger raised. Lightning strikes, visions of an Aztec temple manifest, and he ultimately plunges the knife into her shoulder only to awaken inside her body.

This is where the movie truly begins. Newton slowly rises from her bed as Mom overcompensates with gourmet breakfasts and unwanted doting, the quiet tumult of The Butcher being confused about his surroundings palpably present. Vaughn—who up until this point hadn’t said a word—jolts up from a dirty mattress surrounded by dead animals and horrific mannequins with an audible cry, his formerly hulking frame a mess of Millie’s awkward nerves. These two characters have been written as polar opposites both in frame and attitude in ways that open a road towards yet another cinematic trope: the makeover. The real Millie wore thrift store finds, sought invisibility when not with Nyla and Josh, and followed the rules. Millie-the-Butcher exudes cool, oozes empowerment, and turns heads.

She evolves from victim of catty bullying to high school apex predator in the vein of Ryler’s (Melissa Collazo) Miss Popular, but with the addition of violence. The jocks take notice, her crush (Uriah Shelton’s Booker) is taken aback, and Mr. Bernardi’s (Alan Ruck) ire moves from targeting her tardiness to despising her insolence. Millie-the-Butcher is calculating his offensive. He’s feeling out the hierarchy, adjusting to his new body’s lack of physical strength, and embracing the advantage of anonymity. His potential damage is only held back by imagination and his opponents’ ability to leverage their weight against his tenacity. It’s a stark contrast to Millie-as-Butcher since the damage she’s inflicting is huge despite attempts to hold it in check. She’s a monster with nowhere to hide.

As such, Vaughn becomes the true star on this film. Millie-the-Butcher may be an embodiment of teenage vengeance simply through circumstance (his body being that of an attractive girl means those who get close enough for him to kill are themselves predatory in nature), but she’s also the easy butt of physical comedy when getting thrown around or feigning victimhood with those unaware of his real identity. Millie-as-Butcher is thus the protagonist we rally behind in the hopes of finding a way back to normalcy. She’s the one who has to procure allies (What better way to prove who she is than having Vaughn earnestly and excitedly perform Millie’s mascot cheer?) and figure out how to protect her new FBI’s Most Wanted face from getting shot.

Kennedy and Landon include all the usual set pieces these films contain from the cathartic meeting between child-in-adult-body and unsuspecting parent to forcing Millie’s allies to toe the line of criminality to protect her. What I really enjoyed, though, is the fact that the film writes an easy out by having Millie’s sister Char (Dana Drori) be a cop with access to the evidence locker holding the dagger they need to set things right and refuses to use it. Whether it’s a result of knowing Char’s police impulse to take The Butcher down will always prevent her from pausing long enough to hear the truth or an intentional desire to subvert expectations, the choice ensures that the insanity will have to get wilder before victory can be found.

And that’s exactly what happens whether big (Millie’s first romantic moment happening while inside Vaughn’s body) or small (Millie-as-Butcher running into a branch because she’s not used to her height). The comedy practically writes itself and yet Kennedy and Landon deserve credit for not simply hedging their bets on gendered jokes (although the decision to shift focus from “guy having breasts” to “girl having penis” provides a very funny bathroom sequence) when high school themes like bullying, teenage confidence, and dealing with grief can supply just as many laughs while also adding worthwhile substance. Is the big draw still watching Vaughn act like a teenage girl? You bet. But Freaky‘s success lies in its ability to create around that central performance and not simply rely upon its absurdity.