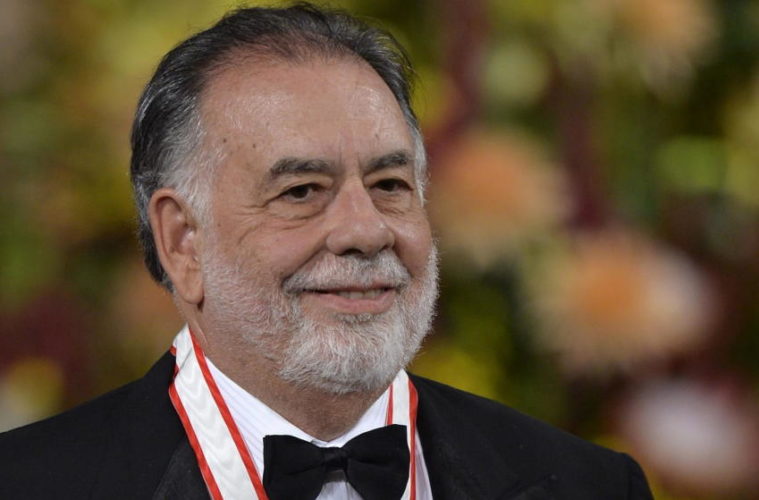 We’ve waited years for any news on Francis Ford Coppola‘s next feature, which few people seem to have any clear picture of. News from May of 2013 told us it’d be a generation-spanning epic concerning an Italian-American family, a coming-of-age story, and, more obliquely, something concerning dance. Intriguing, but also the extent of it — and this is a long time to wait for more on something you anticipate.

With the helmer at this year’s Marrakech International Film Festival, however, press have managed to get some new — and, I think, plenty substantial — information out of him. First and foremost, its title is Distant Vision, which relates to the real subject: television. But more than running parallel with television’s development — birth, growth, and “the end of television as it turns into the internet” — he’s become keen on using that medium, more specifically a live rendition, as his mode of distribution. [Screen Daily]

Don’t say it isn’t a movie, though. Coppola’s already voiced his distaste for the borders people draw between forms, and so the coinciding of focus and convenience — being that Distant Vision, in his words, “may be very long” — should only be something to embrace; the rest is noise. Said he at a Marrakech, “It has all become one. There is no more film, there is no more television – there is cinema. And it can be everywhere and anywhere and it can do anything.”

Coppola has embraced the ability to do anything — remember when Twixt was going to be a remixed-in-person experience? — so producing a lengthy, live-televised project isn’t so far out of reach. But will the people controlling television let him? If Distant Vision will, as suggested, indeed be his last film, it’d be a fittingly off-center cap to a career that destroyed so many boundaries.