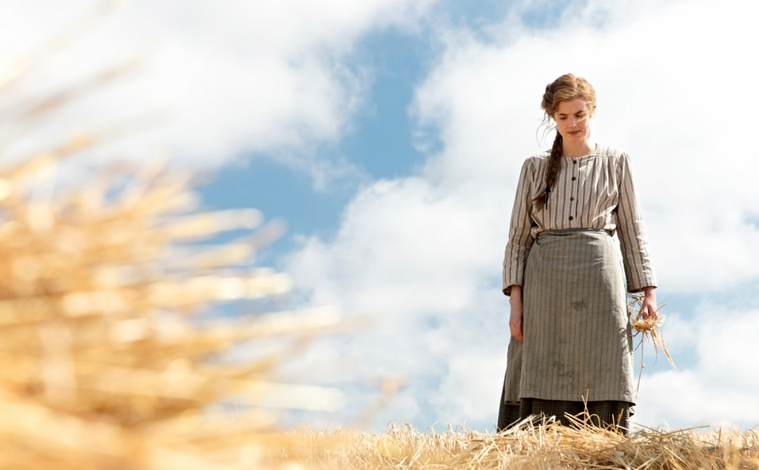 In a fitting 70th-birthday celebration for the incredible director, today brings the first trailer for Terence Davies‘ latest film, Sunset Song. Premiering at TIFF, where Magnolia Pictures picked it up for a release next spring, we named it one of our favorite films of the festival. An adaptation of Lewis Grassic Gibson‘s 1932 novel, the period drama tells the story of a farmer’s daughter in northern Scotland struggling for love amid hardship and family misfortune.

We said in our review, “A tension is formed by a cut, quickly transporting our heroine from an expansive wheat field to a confined classroom. We’re not just talking the difference of 70mm for the former and the Ari Alexa for the latter, but that of, to quote Kate Bush, the “sensual world” versus the punishment of destiny. Based on a mainstay of Scottish classrooms, Sunset Song is a triptych of sorts chronicling farmgirl Chris’ (Agyness Deyn) womanhood; the first deals with her abusive father (Peter Mullan) and the pain he inflicts on her and the others in the family, the second follows her falling in love and marrying Ewan (Kevin Guthrie), while the third sees Ewan enlisting to fight in World War I and coming back a violent man that resembles her father.”

Check out the trailer below via The Guardian (it arrives in the U.K. on December 4th) and while we wait for the release, see Davies’ ten favorite films here.

Sunset Song premiered at TIFF and will be released next spring.