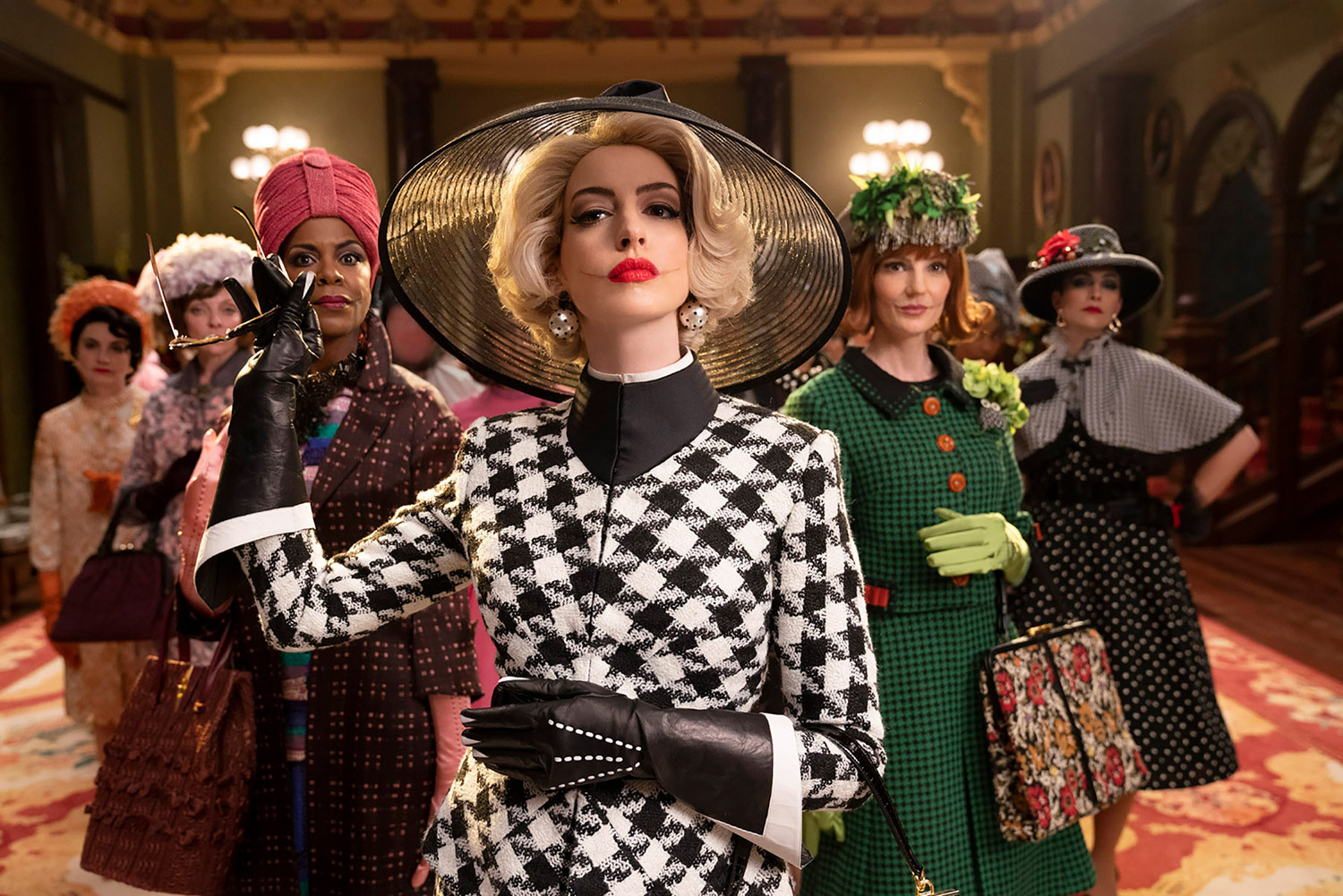 How’s this for a Halloween treat? After being pulled off of WB’s October theatrical release calendar some time ago, Robert Zemeckis’ new adaptation of Roald Dahl’s The Witches is now arriving on HBO Max beginning October 22. Starring Anne Hathaway, Octavia Spencer, Stanley Tucci, Kristin Chenoweth, and Chris Rock, the script is also co-written by Guillermo del Toro, who produced this reimaging with Alfonso Cuarón.

Also famously adapted by Nicolas Roeg in his 1990 feature starring Anjelica Huston, Zemeckis’ take on the story follows a young orphan who goes to live with his Grandman in a rural Alabama, only to happen upon a coven of witches when they head on vacation. Judging from this trailer, Hathaway is gloriously chewing the scenery in no shortage of nods to Roeg’s film.

“The Grand High Witch was a total collaboration between costumes, hair and make-up, the writers, my dialect coach, the effects department, stunts, [director] Bob Zemeckis and myself,” Hathaway tells People. “She is such a weirdo – so silly and over the top – and everyone had to work together to be on the same page so it felt big and entertaining but never too much.”

Reimagining Dahl’s beloved story for a modern audience, Zemeckis’s visually innovative film tells the darkly humorous and heartwarming tale of a young orphaned boy (Bruno) who, in late 1967, goes to live with his loving Grandma (Spencer) in the rural Alabama town of Demopolis. As the boy and his grandmother encounter some deceptively glamorous but thoroughly diabolical witches, she wisely whisks our young hero away to an opulent seaside resort. Regrettably, they arrive at precisely the same time that the world’s Grand High Witch (Hathaway) has gathered her fellow cronies from around the globe—undercover—to carry out her nefarious plans.