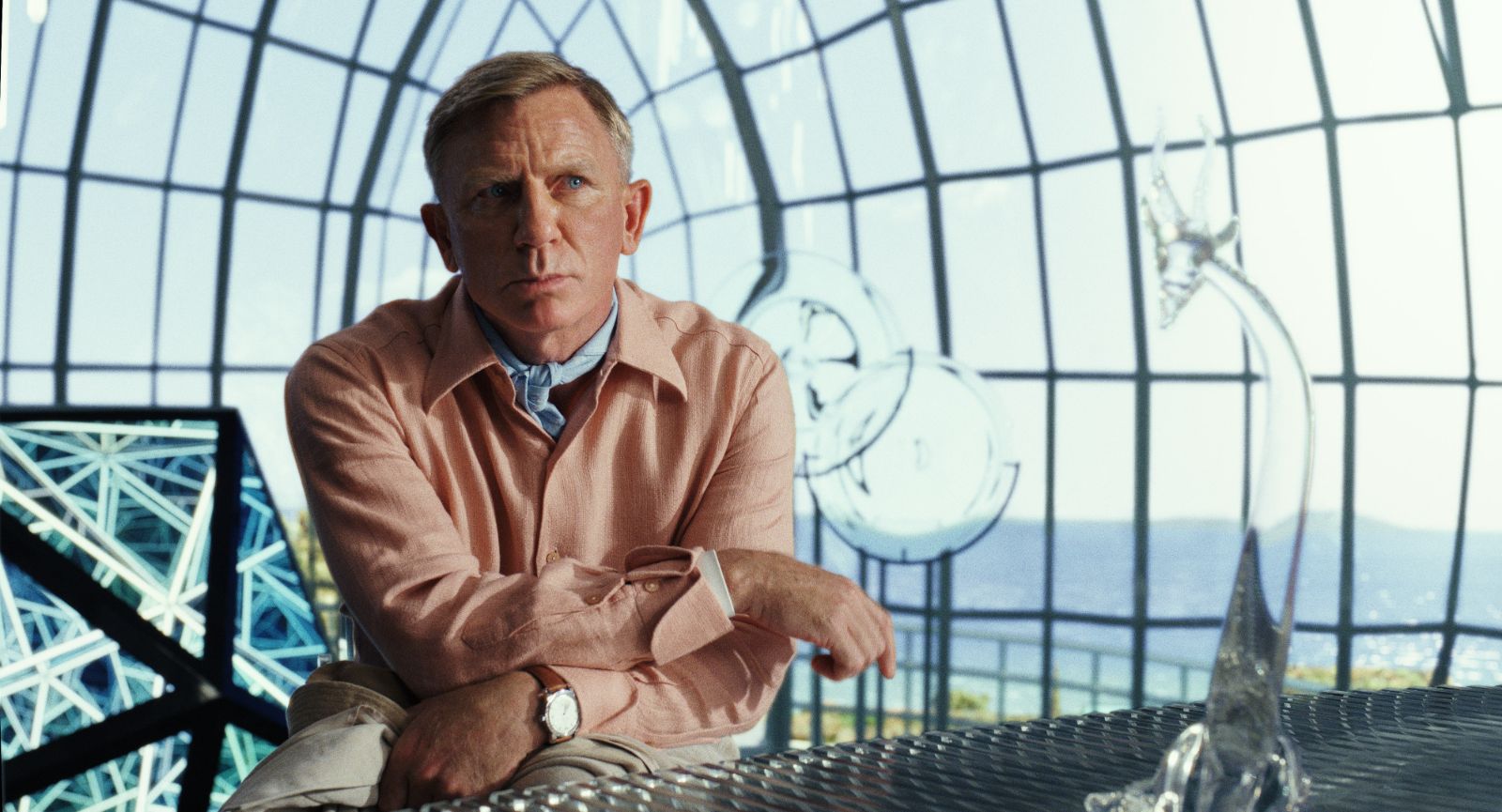 Benoit Blanc is back. While many thought Rian Johnson may be embarking next on a Star Wars trilogy, he found a perhaps unexpected hit with Knives Out, which is now becoming a trilogy of its own. With the first film released by Lionsgate theatrically, Netflix picked up the rights to the two sequels, and the first, Glass Onion: A Knives Out Mystery, is arriving this December. Starring Daniel Craig, Edward Norton, Janelle Monáe, Kathryn Hahn, Leslie Odom Jr., Jessica Henwick, Madelyn Cline with Kate Hudson and Dave Bautista, the first trailer has now landed for the Greece-set adventure.

“I’m always fishing for something fun that Blanc can grab onto as an overwrought metaphor that he can beat to death,” Johnson says, speaking to the title of the film, which pays homage to the 1968 Beatles song of the same name. “This is all in plain sight from the very start. So, the idea of glass came to me, something that’s clear. I’ll be very honest. I literally got out my iPhone and searched my music library with the word ‘glass.’ There’s got to be some good glass songs. I was like, “Oh, is it a glass fortress? Is it a glass castle? Is it a glass man?” The first thing that came up, because I’m a huge Beatles fan, is ‘Glass Onion.'”

See the teaser trailer below.

Glass Onion: A Knives Out Mystery arrives on Netflix on December 23, preceded by a theatrical release.