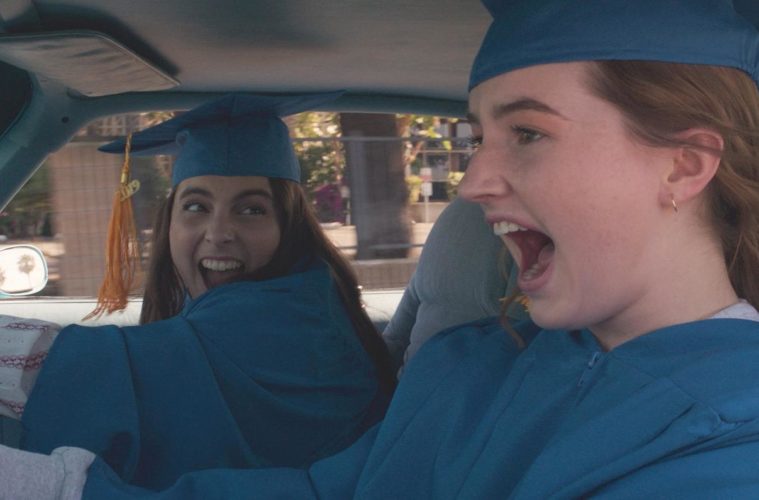 With SXSW kicking off this past weekend, one of the biggest successes so far has been Olivia Wilde’s directorial debut Booksmart. Starring Kaitlyn Dever and Beanie Feldstein, it follows a pair of high school friends trying to get by on their own terms. Produced by Will Ferrell and Adam McKay, the film earned comparisons to Superbad and Lady Bird, and now Annapurna has released the first red band trailer ahead of a release this Memorial Day weekend.

Variety said in their review, “Instead of reinforcing the same tired values that male directors have been peddling for years — where boys obsess about losing their virginity, freely objectifying the girls in their class — “Booksmart” matter-of-factly introduces one of its leads as a lesbian, while presenting a view of female sexuality in which men are incidental. What’s more, the film rejects the notion that conquests ought to be so central to coming-of-age stories, delivering a romp that’s every bit as outrageous as “American Pie” or “Porky’s,” while shifting its focus away from hookups (these ladies will undoubtedly find far more deserving partners in college) to whether their friendship can withstand such a wild-and-crazy night.”

Told from a wildly original, fresh and modern perspective, Booksmart is an unfiltered comedy about high school best friends and the bonds we create that last a lifetime. Capturing the spirit of our times, the film is a coming of age story for a new generation. Booksmart opens on May 24.