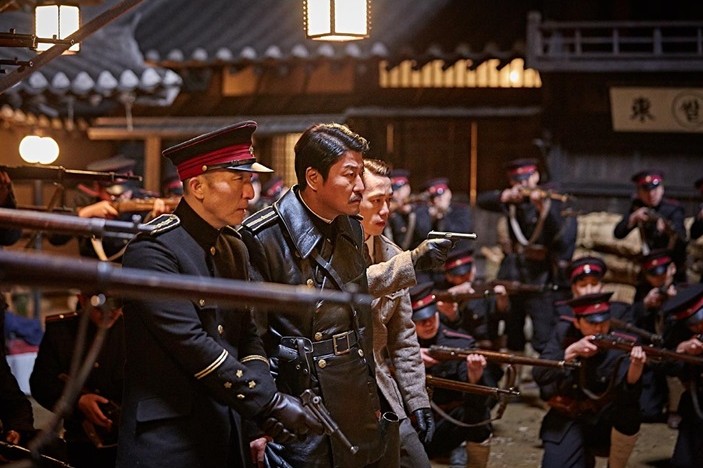 Returning to South Korea after his foray into Hollywood action with the Arnold Schwarzenegger-led The Last Stand, Kim Ji-woon‘s next feature is The Age of Shadows, which marks Warner Bros.’ first-ever produced feature in the country. Led by Song Kang-ho (Snowpiercer, The Host), the 1920’s-set thriller follow the activities of the Heroic Corps, an anti-Japanese independence organization that existed under the Japanese colonial period in South Korea.

Ahead of a release later this year in South Korea, the first trailer has now arrived and it looks to be an intense thriller with gorgeous production design. Check it out below in two versions: the first without subtitles but better quality, and the latter with an annoying introduction and outro, but with English subtitles.

Set in the late 1920s, The Age of Shadows follows the cat-and-mouse game that unfolds between a group of resistance fighters led by Gong’s character, trying to bring in explosives from Shanghai to destroy key Japanese facilities in Seoul, and Japanese agents trying to stop them. Song plays a talented Korean-born Japanese police officer who was previously in the independence movement himself and is thrown into a dilemma between the demands of his reality and the instinct to support a greater cause. The Age of Shadows will be released this year in Korea and is awaiting U.S. distribution.