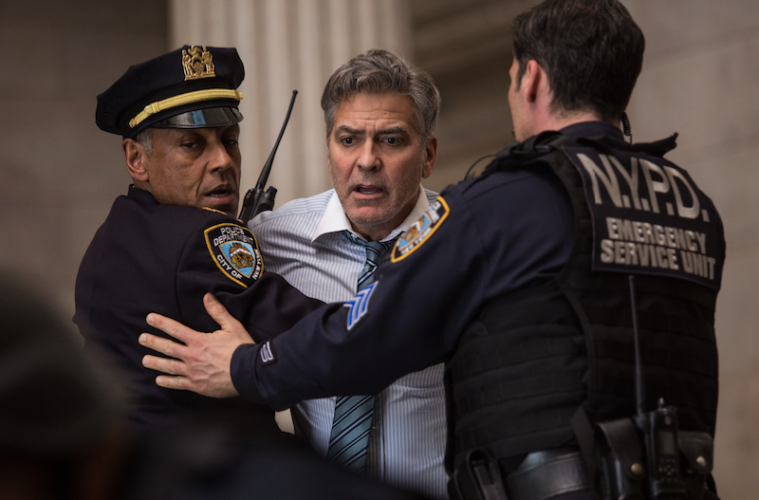 With it being five years since The Beaver — and a few episodes of House of Cards and Orange is the New Black in-between — Jodie Foster is now back in the director’s chair. Money Monster, starring George Clooney and Julia Roberts, follows an irate man (Starred Up and Unbroken‘s Jack O’Connell) who loses his money in a financial investment gone bad, hijacking a live broadcast and taking a Jim Cramer-esque TV personality (Clooney) hostage.

“The film is not a polemic,” Foster tells EW. “It’s really about the brotherhood that forms between these two men who thought they were on opposite sides, who hated each other, until they realize they’re both fighting for the same thing.” Also starring Dominic West, Giancarlo Esposito, and Caitronia Balfe, check out the first trailer below ahead of a summer release.

In the taut and tense thriller Money Monster, Lee Gates (George Clooney) is a bombastic TV personality whose popular financial network show has made him the money wiz of Wall Street. But after he hawks a high tech stock that mysteriously crashes, an irate investor (Jack O’Connell) takes Gates, his crew, and his ace producer Patty Fenn (Julia Roberts) hostage live on air. Unfolding in real time, Gates and Fenn must find a way to keep themselves alive while simultaneously uncovering the truth behind a tangle of big money lies.

Money Monster opens on May 13th.