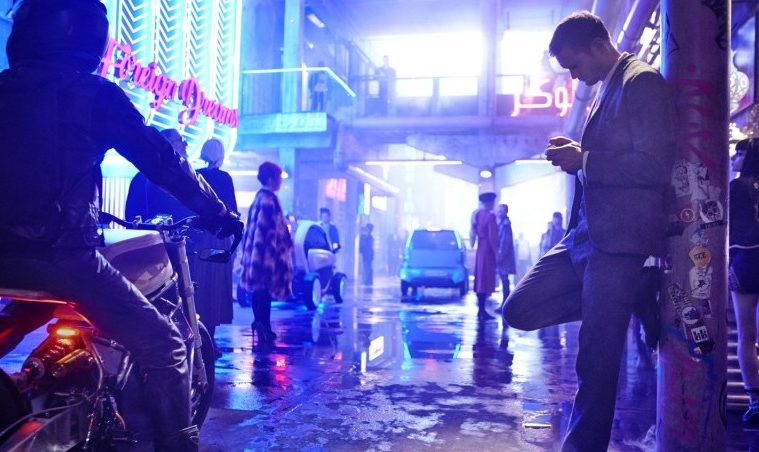 After entering the world of large-scale tentpole fantasy with Warcraft, the story finds him working on a smaller scope. Starring Alexander Skarsgård, Paul Rudd, and Justin Theroux, it follows a mute bartender who has to track down his girlfriend in a near-future Berlin.

“It’s not about saving the world,” Jones tells Empire. “It’s a small thriller, in the same way that Casablanca was. It’s the very small story of two people, how they exist and how their story unfolds within this very different, alien-feeling world.”

Berlin, the future, but close enough to feel familiar: In this loud, often brutal city, Leo (Alexander Skarsgard), unable to speak from a childhood accident – searches for his missing girlfriend, the love of his life, his salvation, through dark streets, frenzied plazas, and the full spectrum of the cities shadow-dwellers. As he seeks answers, Leo finds himself mixed up with Cactus Bill (Paul Rudd) and Duck (Justin Theroux), a pair of irreverent US army surgeons on a mission all their own. This soulful sci-fi journey from filmmaker Duncan Jones (Moon, Source Code, Warcraft) imagines a world of strange currencies in which echoes of love and humanity are still worth listening to.