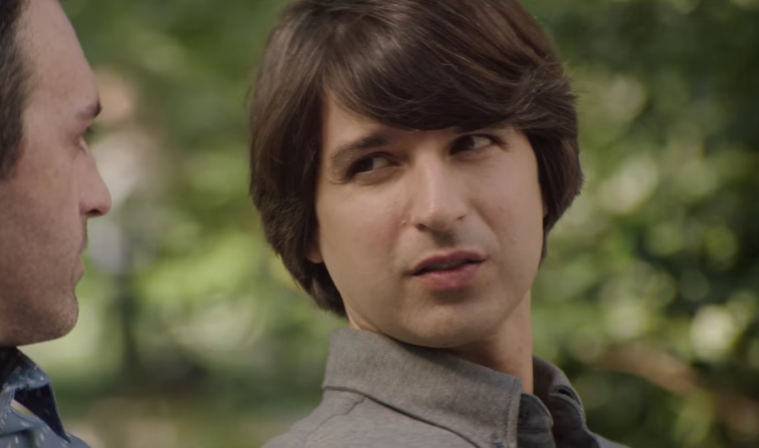 One of the more pleasant, witty features I saw last year was the directorial debut of comedian/writer/actor Demetri Martin. While he’s popped up in films from Ang Lee, Steven Soderbergh, Lake Bell, and more in years past, it was refreshing to see something genuinely in his own voice with Dean, which picked up the Best Narrative Feature award at Tribeca Film Festival last year.

Ahead of a summer release from CBS Films, the first trailer has now landed for the film which finds his character dealing with the loss of his mother as he attempts to launch a career and re-connect with his dad. (Yes, familiar territory to be sure, but it’s mostly handled in a refreshing way from Martin.)

I said in my review, “The most piercing comedy is often mined from the darker aspects of life, presenting our fears in a new, hopefully amusing light. While Demetri Martin‘s stand-up has tinges of this, represented in his lo-fi sketches and carefully constructed one-liners, his directing and writing debut Dean effectively melds, both on the page and stylistically, a dramatic backbone with his personal brand.”

Writer/Director/Comedian Demetri Martin stars alongside Academy Award® winner Kevin Kline in this comedic and heartfelt tale about a father and son coming to terms with love, loss and everything in between. Dean (Martin) is an illustrator whose unwillingness to deal with the recent death of his mother means escaping his hometown of New York for an interview with an ad agency in Los Angeles. His retired engineer dad Robert (Kline) takes a more regimented approach to grief, including putting the family home up for sale. Both father and son set out on their own paths to find a new normal as unexpected circumstances and potential new love interests threaten to thwart all plans.

Dean will open on June 2.