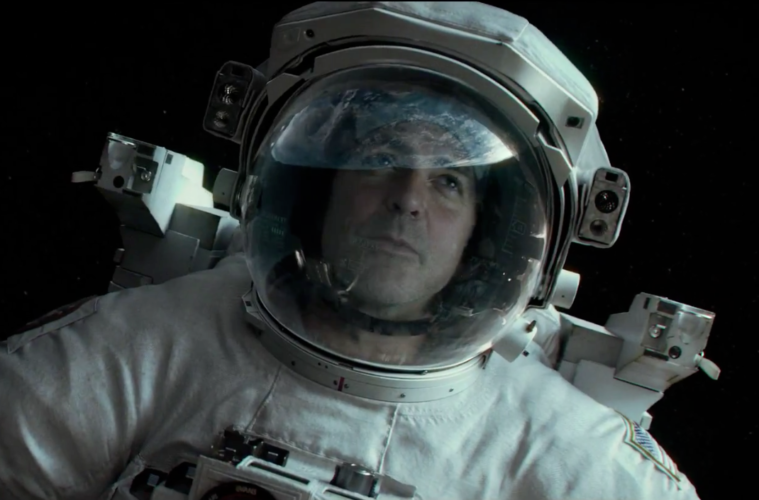 It’s hard to believe it’s finally here, but after years of anticipation and a few delays the first teaser trailer for Alfonso Cuaron‘s Children of Men follow-up, the sci-fi epic Gravity, has arrived. Much has been discussed about the return of his extended takes and the overwhelming test screening impressions, but now we’ve got the debut footage to give us a hint of what’s to come.

Featuring Sandra Bullock and George Clooney on a space mission gone wrong, it looks like another intense thriller from Cuaron. We’re also privy to Emmanuel Lubezki‘s stunning cinematography, venturing into orbit once again after The Tree of Life. Check it out below for the film also featuring a small voice part from Ed Harris as mission control.

If you dig the music in the trailer, it’s Arvo Part‘s Spiegel im Spiegel and you can listen to the track here: Dr. Ryan Stone (Sandra Bullock) is a brilliant medical engineer on her first shuttle mission, with veteran astronaut Matt Kowalsky (George Clooney). But on a seemingly routine spacewalk, disaster strikes. The shuttle is destroyed, leaving Stone and Kowalsky completely alone—tethered to nothing but each other and spiraling out into the blackness. The deafening silence tells them they have lost any link to Earth…and any chance for rescue. As fear turns to panic, every gulp of air eats away at what little oxygen is left. But the only way home may be to go further out into the terrifying expanse of space.